A jury has convicted Dellen Millard and Mark Smich of first-degree murder in connection with the death of Hamilton resident Tim Bosma.

After the verdict was read, Justice Andrew Goodman thanked the six men and six women of the jury for their service, and reminded them that everything said in the jury room "must be kept secret" before discharging them from their duties.

Millard had been smiling before the verdict was read. When his fate was announced, his grin abruptly disappeared.

While waiting for the sentencing outside court, Bosma's widow Sharlene Bosma was seen smiling, holding a tissue and hugging supporters.

Once sentencing began, both Millard and Smich were offered the chance to address the court. Both declined to comment.

Goodman made some brief comments, referring to the "incomprehensible" killing of an "innocent, decent, hardworking family man."

The judge told Bosma's family that he was sorry for their loss, and remarked that the family had maintained its strength despite Millard and Smich's "despicable, callous" actions.

He then sentenced the two men to life in prison, with no parole eligibility for 25 years -- the mandatory sentence for first-degree murder.

With credit for time served, Smich and Millard will be eligible to apply for parole in 2038.

Smich’s lawyer has said that his client plans to launch an appeal.

Following the sentencing, dozens of friends and relatives of Bosma stood behind Sharlene Bosma as she addressed the media.

“Today has been a very long-awaited day for our family,” she said. 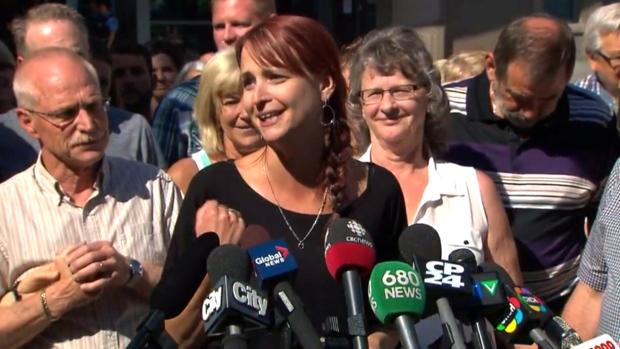 Sharlene Bosma spoke of her family’s three-year-plus wait for justice, all while knowing that no outcome could bring her husband back.

“We have had to endure being near the two men that walked down my driveway on May 6, 2013, and took away the bright life in our lives that was Tim,” she said.

“It is their own unspeakable, evil acts that have taken away their freedom.”

Sharlene Bosma thanked everyone involved in the investigation and prosecution of the case for their work.

Crown attorney Tony Leitch then made brief comments about the case.

“I just want to profoundly thank the jury. They worked very hard, and they’ve done justice for Tim Bosma,” he said. 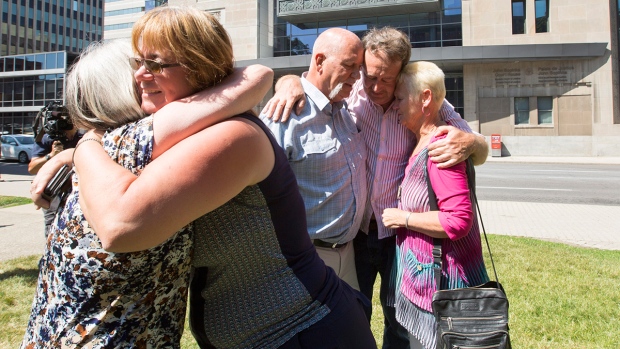 Tim Bosma was killed on May 6, 2013, shortly after leaving his house with Millard and Smich, who were there to test drive a truck he was selling.

The Crown’s theory, which jurors seem to have believed, was that the two had planned to kill somebody and take their truck as a souvenir for the previous year.

Smich argued against that version of events, taking the stand in his own defence to claim that he was following Millard and Bosma in a separate vehicle when the shooting occurred.

Smich had admitted to helping Millard cover his tracks in the aftermath of Bosma’s death, but said he was only doing so because he was afraid of the ‘lunatic’ behaviour he was seeing from his friend.

Millard did not offer a defence. His lawyer did suggest that Smich pulled out a gun and shot Bosma, much to his client’s surprise, but jurors were instructed not to consider that possibility as no evidence was ever presented to support it.

The two men had been charged with first-degree murder, but Goodman had given them the options of finding either or both of them guilty of second-degree murder or manslaughter instead. 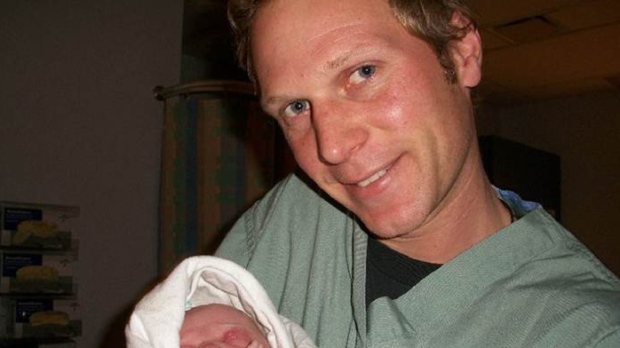 The 56 days of testimony in the trial began Feb. 1. They involved 172 separate pieces of evidence, and jurors heard from a total of 92 witnesses.

Bosma lived in the Ancaster part of Hamilton, while Smich resided in Oakville and Millard in Toronto.

Nonetheless, the police investigation into Bosma’s death was focused on Waterloo Region – particularly Millard’s hangar at the Region of Waterloo International Airport, where Bosma’s remains were incinerated, and a farm owned by Millard on Roseville Road in North Dumfries, where the remains were later moved. 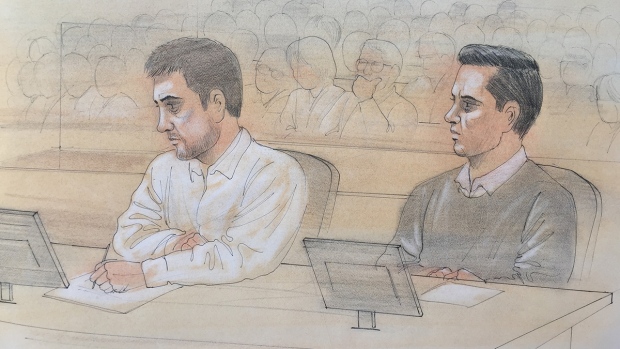 Smich and Millard still face charges of first-degree murder in connection with the case of 23-year-old Toronto resident Laura Babcock, who disappeared in 2012.

Separately, Millard is charged with first-degree murder in relation to the death of his father, Wayne Millard. That matter remains before the courts.

Millard’s ex-girlfriend, Christina Noudga, is expected to stand trial in November for being an accessory to Bosma’s murder after the fact.