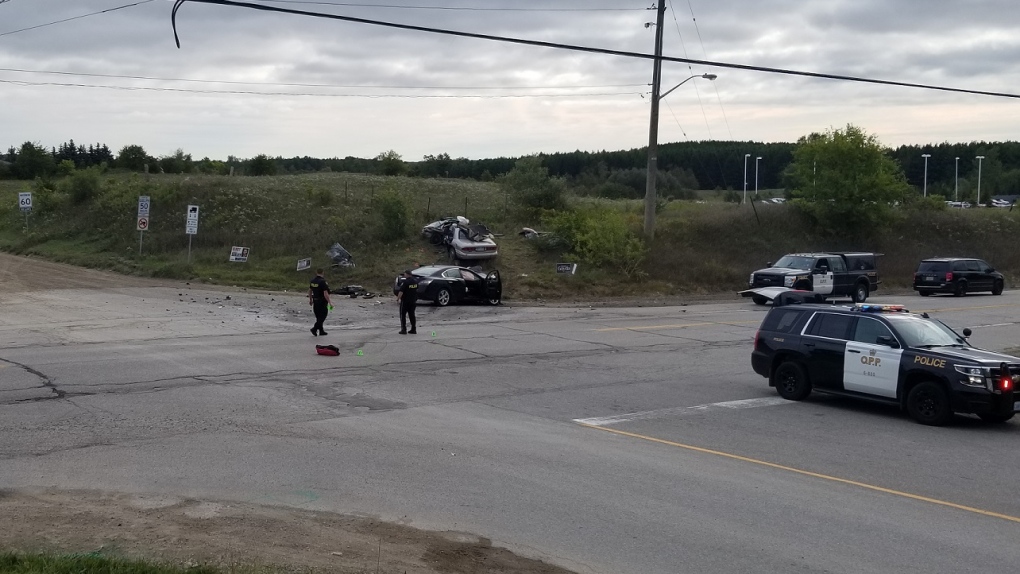 A fatal collision at an intersection in Puslinch. (Source: Wellington County OPP)

Police have released the identity of a male who died in a crash in Puslinch on Sept. 22.

Matthew Courtney, 40 of Guelph, was pronounced dead at the scene.

Two other people were transported to local hospital with non-life threatening injuries.

The collision happened at the intersection of Brock and Maltby Roads and involved a pickup truck and a sedan.