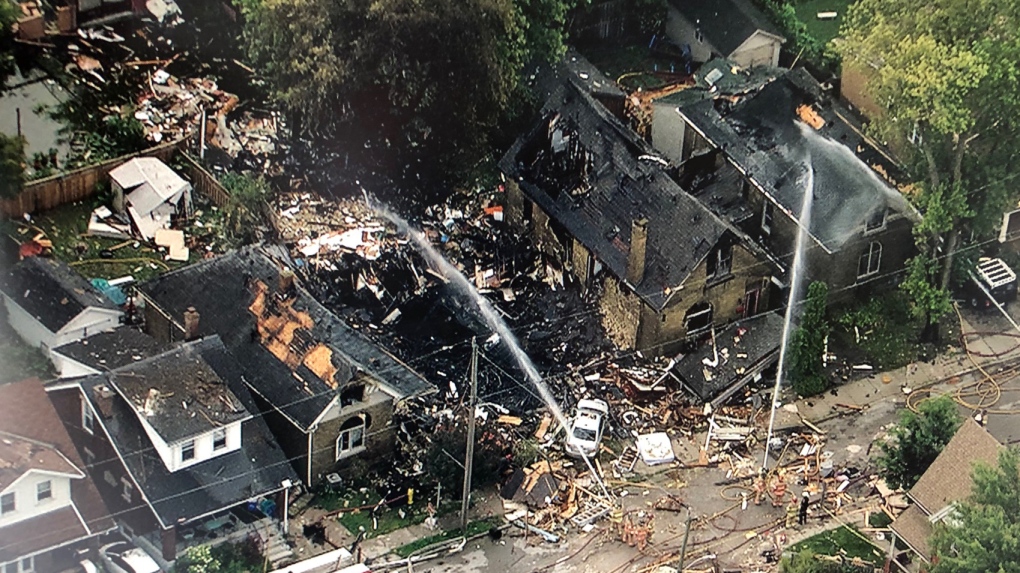 Emergency crews have left the scene of an explosion in London Saturday morning and more residents are allowed to return home.

A statement from the city says debris has been cleared on the streets and sidewalks after Wednesday night's blast, which was caused by a vehicle slamming into a home and hitting a gas line.

Seven people were injured after the explosion, including a firefighter who remains in hospital in serious condition.

A Kitchener woman faces impaired driving charges in connection to the incident.

Fire officials have said the home that was hit by the vehicle was destroyed and no one was inside at the time.

The city says two houses have been demolished and five homes are deemed unsafe for re-entry.

The city has said about 100 homes were affected by the blast, but most have been allowed to return home and some pets have been reunited with their owners.