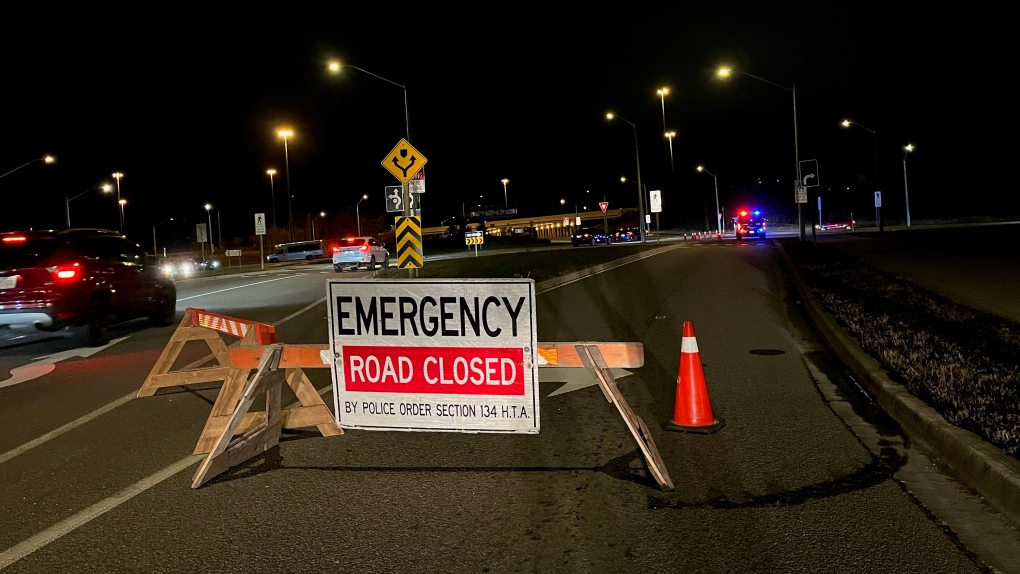 Police have closed a section of Ottawa Street South after a collision. (Tegan Versolatto/CTV News)

A collision at a busy Kitchener roundabout has resulted in serious injuries for a 52-year-old man.

Emergency crews were called to the roundabout at Ottawa Street and Homer Watson Boulevard around 5:30 p.m. on Monday.

Police say a motor vehicle was heading north on Ottawa when it struck a cyclist riding west through the crosswalk.

A 52-year-old Kitchener man was taken to local hospital with serious injuries.

The driver of the vehicle, a 30-year-old man from Kitchener, was not hurt.

Roads in the area were closed for several hours, but have been reopened. Grand River Transit also put an emergency detour in place and closed some bus routes in the area.

The investigation is ongoing. Police say charges are pending.

On Saturday, a pedestrian was seriously injured at the Homer Watson Boulevard and Ottawa Street roundabout.