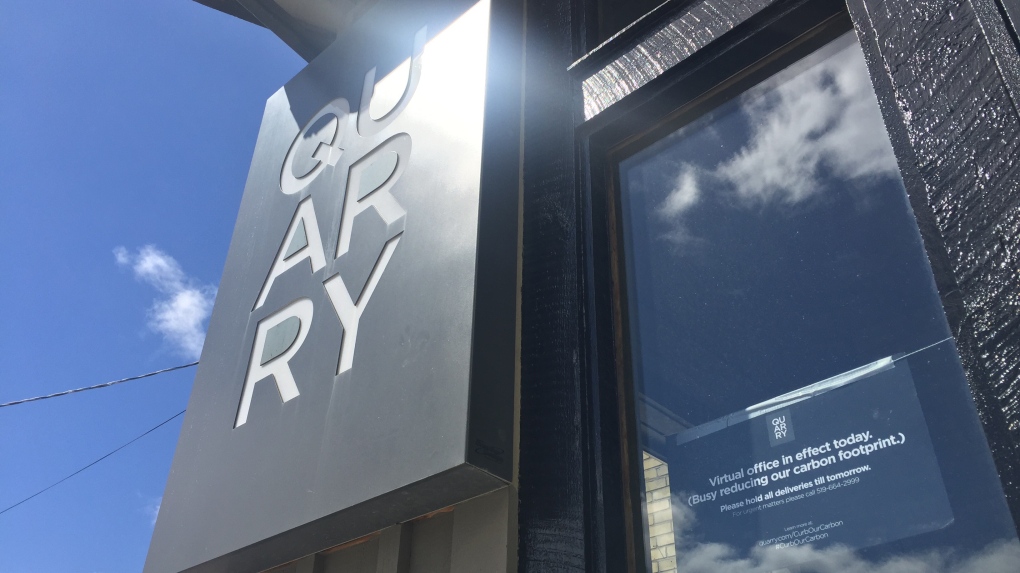 Employees at Quarry, a marketing firm in St. Jacobs, will be working remotely on Wednesdays to help reduce their emissions. (Dan Lauckner / CTV Kitchener)

A St. Jacobs marketing firm is taking steps to reduce its carbon footprint.

Employees at Quarry have begun working from home on Wednesdays in an effort to reduce commuting emissions as part .

“We’re trying to do our part to really reduce our carbon footprint,” says President Ken Whyte.

Heavy snowfalls this winter allowed the company to dry-run the #CurbOurCarbon idea to see if it would work. That allowed them to work out some kinks before deciding to make it official.

For Quarry, the solution makes sense because much of their work is digital: Whyte says that about 85 per cent of their clients are spread around the U.S.

“We’ve had to learn and we’ve had to deploy a bunch of that technology in order to do a better job of keeping connected with them,” he says.

The move will remove about 100 vehicles from Waterloo Region’s roadways once a week and reduce total year commuting emissions by about 185,000 kilometres.

That’s not including hydro savings in a building large enough to house that many employees and clients, either, a measurement that Whyte says his company will be tracking moving forward.

The program will pilot for six months to learn any lessons they need to along the way, but he hopes it doesn’t end there.

“Our intent is to keep it going. This is an important initiative; it’s not a gimmick, it is something that we feel is a real contribution from our team back to the environment,” he says.

He wants to inspire other businesses to follow suit, not necessarily by working remotely, but by being conscious of green initiatives.

“It is about thinking differently, but it’s about taking action now,” Whyte says.