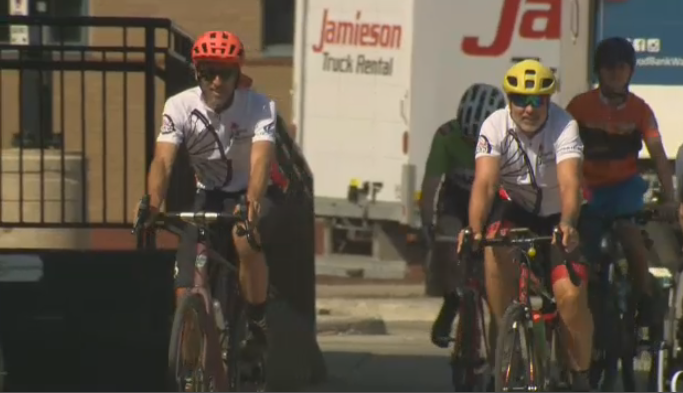 A group of four bikers on a cross-Canada journey took a pit stop at Waterloo Square on Tuesday.

The Spinning Wheels Tour is made up of a team of cyclists affected by Parkinson’s who are looking to raise money for research and a cure.

“We're hoping to hit every province and interact with people to let them know about Parkinson's. It's the fastest growing neurological condition,” one of the bikers told CTV News Kitchener. “The rate is set to double in 18 years. Canada tops in rates per capita, and we don't know why.”

According to The Spinning Wheels Tour website, the riders have travelled 4,744 kilometres to date and climbed 30,914 vertical metres.

They began in Victoria, B.C. near the end of June and are planning on wrapping up the ride in St. John’s N.L. in mid-September.