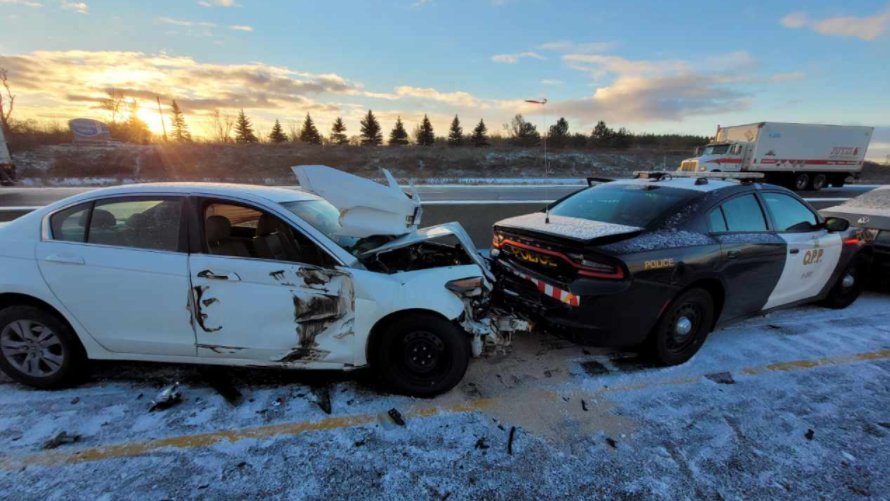 An OPP cruiser was struck while responding to another crash on Hwy 401. (Courtesy: OPP)
KITCHENER -

Some drivers had a little trouble navigating local roads thanks to snowy and windy conditions Tuesday morning.

One crash, involving a tractor trailer, snarled traffic in the westbound lanes of Highway 401 at Townline Road.

It had to be pulled off to the side of the highway during cleanup.

Another crash involved an OPP cruiser.

Provincial Police tweeted that they were attempting to clear a collision around 6:45 a.m. when another driver lost control of their vehicle and hit the cruiser.

One officer was taken to hospital with minor injuries. 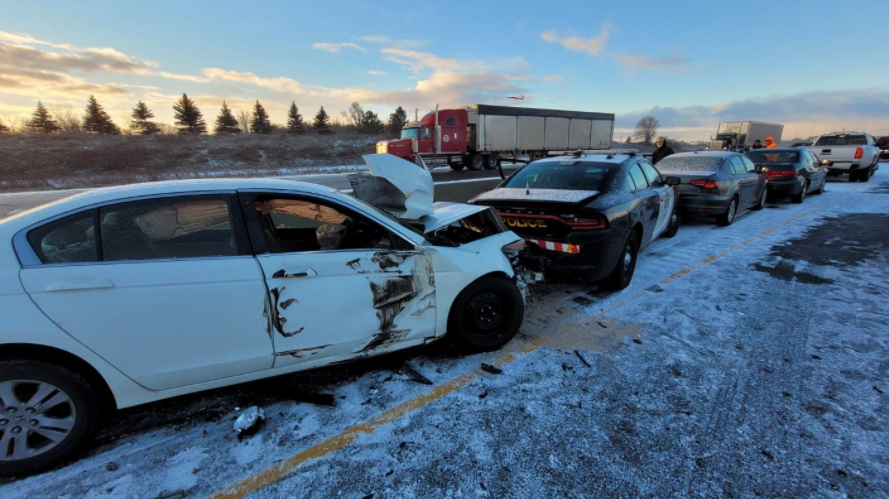 One was at King Street East and Riverbank Drive in Kitchener, and another at Shantz Hill Road and Fountain Street in Cambridge. 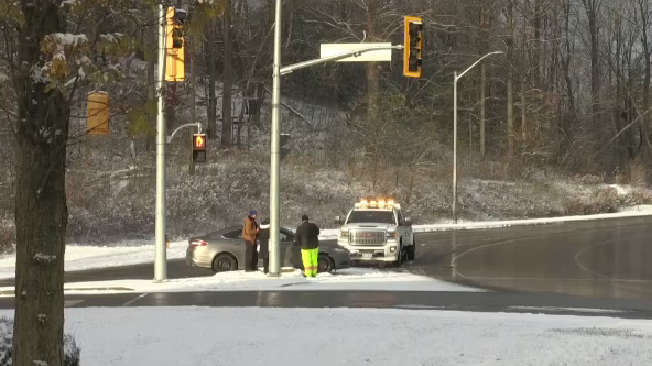