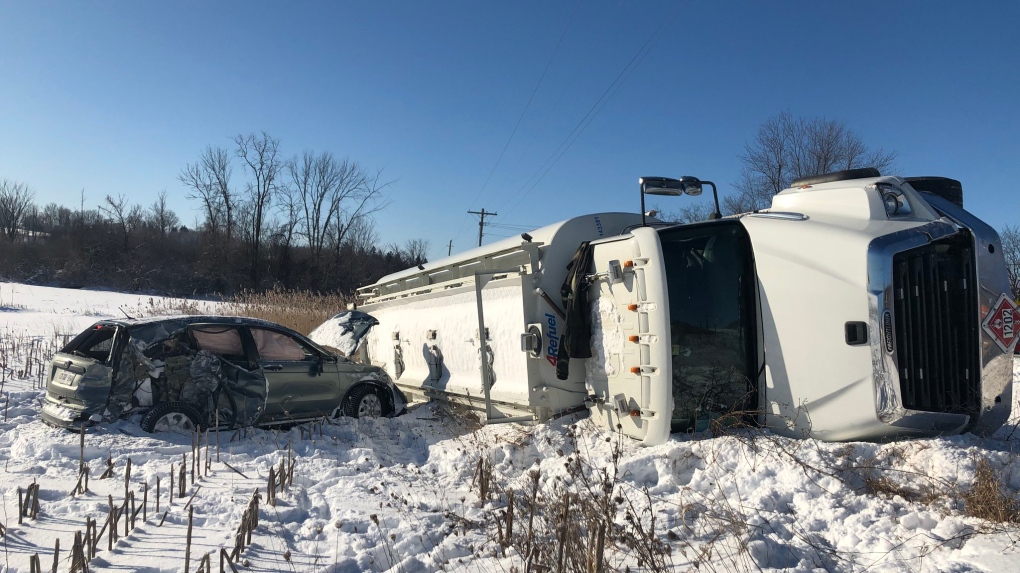 A transport truck rollover near Guelph has closed a road in Wellington County. (@OPP_WR / Twitter)

KITCHENER -- Ontario Provincial Police have closed a road in Wellington County after a crash and vehicle rollover.

Police say no one was injured in the crash on Wellington Road 124, just east of Guelph.

A photo posted to Twitter by police shows a hatchback and transport truck carrying fuel in a field.

Police on scene say that the two collided just before 8 a.m.

The car had damage to its side and its airbags deployed, while the transport truck ended up on its side.

The Ministry of Environment was on scene to monitor the cleanup and says there was no fuel spilled.

It's not yet clear what caused the crash or whether any charges will be laid.

Police closed the road while they investigated.