Crash shuts down roads in Waterloo; power outage in area 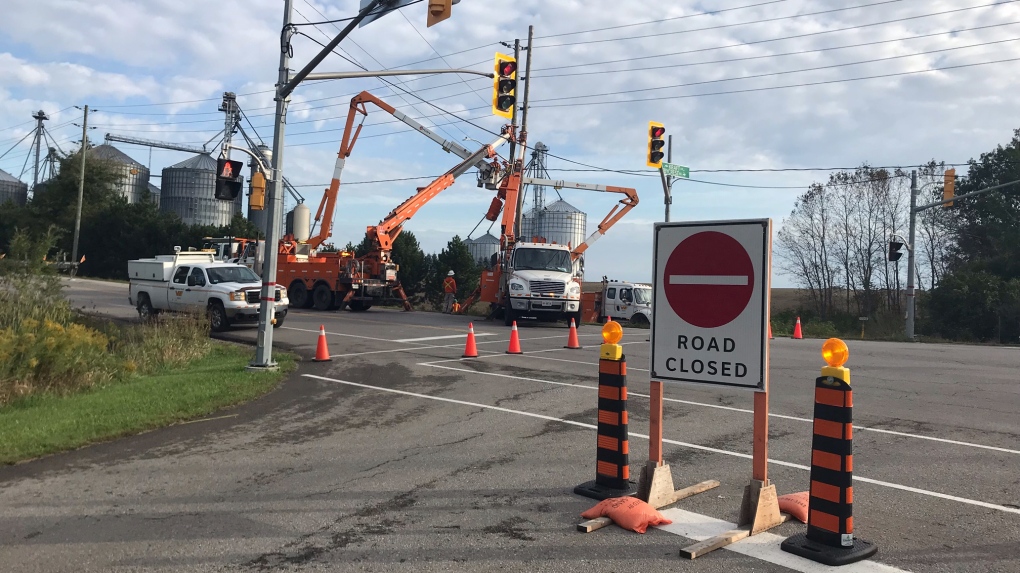 Two roads in Waterloo have been partially shut down due to a crash, as Waterloo North Hydro is reporting a power outage in the area as well.

Around 3:30 a.m. on Monday, Waterloo regional police tweeted that Sawmill Road and Bloomingdale Road North were closed in both directions in the area of Kraft Drive and Ebycrest Road for a collision investigation. The collision happened around 12:45 a.m., police said.

Waterloo North Hydro reported an outage in the area just before 4:30 a.m. that morning as well. They say 15 households have been affected, but power is expected to be restored around 8 a.m.

The intersection was cleared by 6 p.m.

The investigation is ongoing. Anyone with information is asked to call police or Crime Stoppers.

The intersection has been cleared by @wnhydro following a single motor vehicle collision that occurred around 12:45 a.m. today.