One airlifted to hospital with critical injuries after crash in Cambridge

One airlifted to hospital with critical injuries after crash in Cambridge 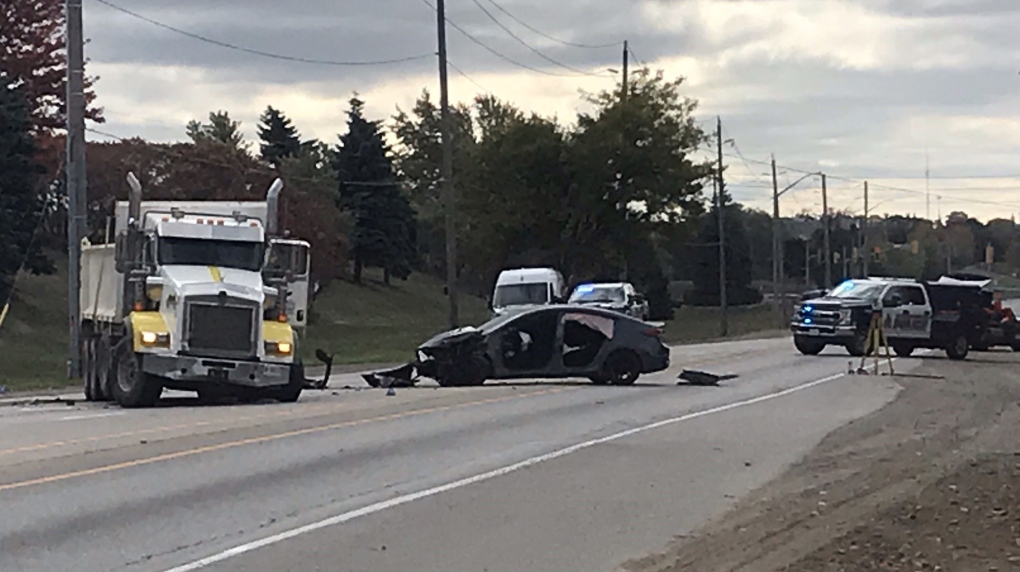 A driver has been airlifted to Hamilton General Hospital after a crash in Cambridge Friday morning.

Ornge air ambulance told CTV News a man in his 20s was taken to hospital with critical injuries.

The crash appears to be between a dump truck and a sedan in the area of Allendale Road and Fountain Street.

Regional police say to expect road closures in this area and are asking people to avoid the area.

Forensics were also at the scene.

There is no word yet on cause of the crash.

Police said they had reopened the roadway just after 1:30 p.m.

The U.S. Senate passed bipartisan legislation Tuesday to protect same-sex marriages, an extraordinary sign of shifting national politics on the issue and a measure of relief for the hundreds of thousands of same-sex couples who have married since the Supreme Court's 2015 decision that legalized gay marriage countrywide.