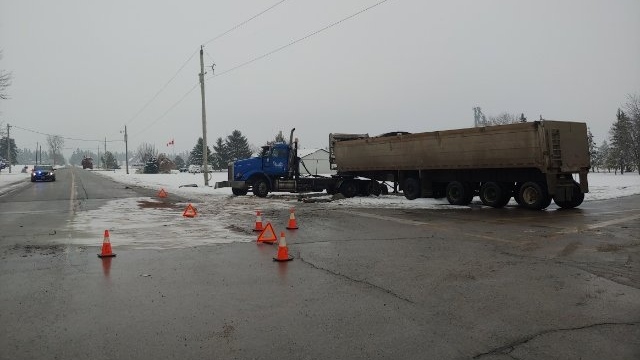 At 8:45 a.m., the OPP West Region account tweeted that officers were on scene of a crash near the intersection of Highway 53 and Muir Line.

The tweet included two photos taken at the scene which showed a tractor trailer off to the side of the road.

#brantopp are on scene of a collision involving two tractor trailers @Hwy #53 and Muir Line. Intersection will remain closed while we conduct our investigation please avoid the area. ^kj pic.twitter.com/58Y7ll8QnX

Police say the intersection will be closed while officers conduct an investigation.

They’re asking people to avoid the area while the investigation is underway.

It’s unclear if anyone was injured as a result of the crash.