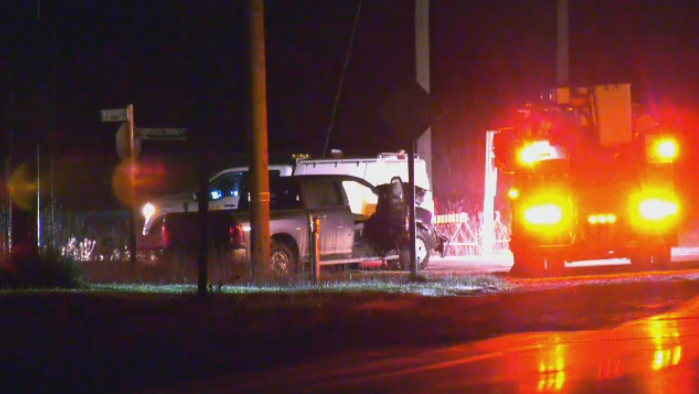 Waterloo regional police have charged a Kitchener man after a collision in Woolwich Township resulted in a road closure.

In a tweet posted on Friday evening, police said Ebycrest Road was closed from Bloomindale Road to Bridge Street East. The tweet was later deleted.

Police said the driver of a grey pickup truck lost control and hit a hydro pole around 9:30 p.m.

There were no serious physical injuries reported.

The 56-year-old Kitchener man has been charged with dangerous operation of a vehicle and impaired driving.