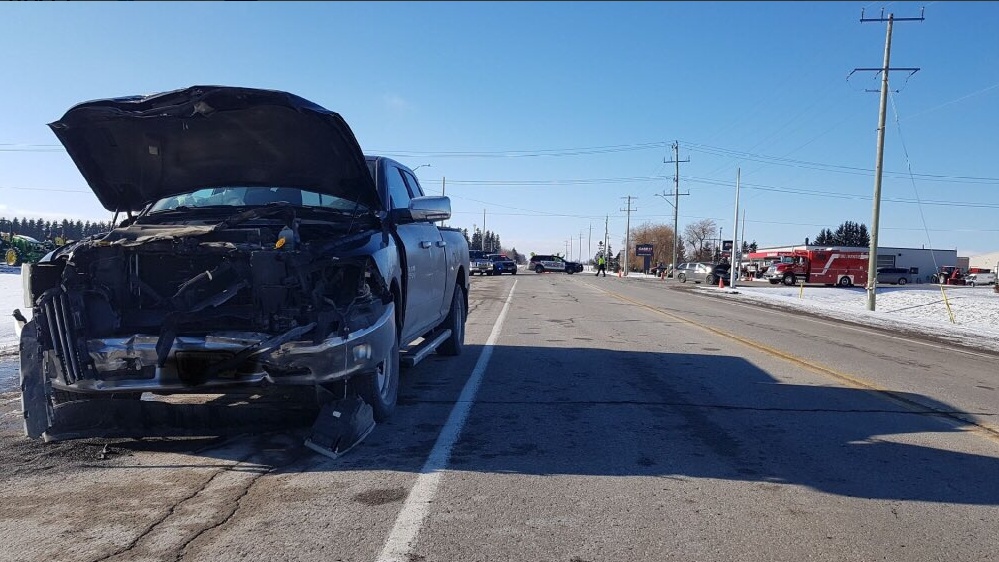 Waterloo Regional Police are currently at the scene of a collision just west of Elmira.

Ornge Air Ambulance was called to the scene but it was ultimately determined that they would not be responding.

Police are still investigating what happened but one of the vehicles at the scene, a black pickup truck, had significant damage to its front end.

A minivan also had rear damage on the driver’s side.

No word yet on any injuries associated with the crash.

Police are asking other drivers to avoid the area.