Cracking the mystery: Why do smartphone screens break so easily? 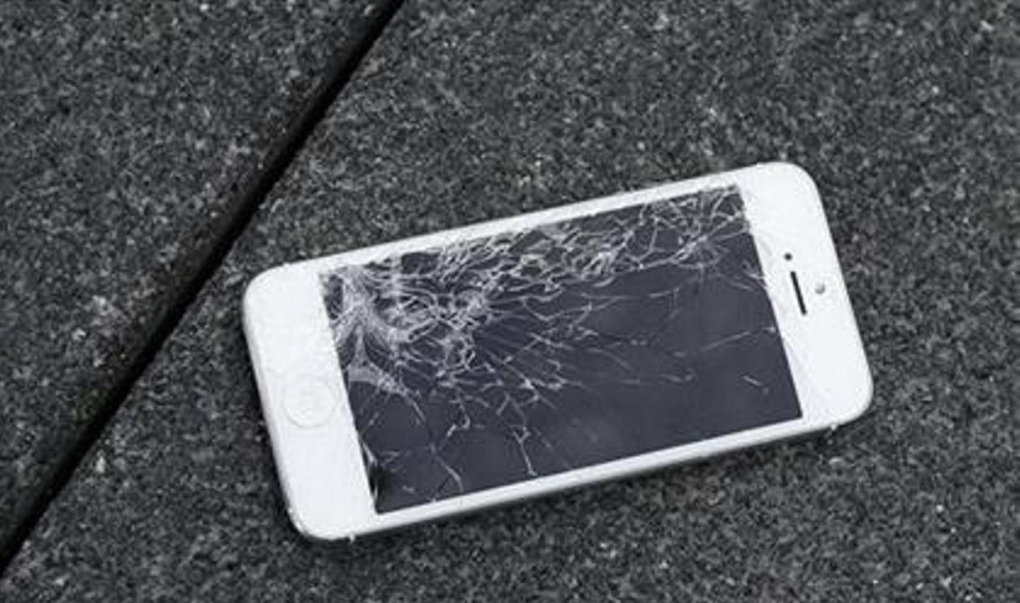 This Aug. 26, 2015 photo shows an Apple iPhone with a cracked screen after a drop test from the DropBot, a robot used to measure the sustainability of a phone to dropping, at the offices of SquareTrade in San Francisco. Despite engineering breakthroughs, screen breakage has become a part of life, the leading type of phone damage. (AP Photo/Ben Margot)

NEW YORK -- Ask a roomful of people to take out their phones, and you're bound to see several with cracked screens.

Despite engineering breakthroughs, screen breakage has become a part of life, the leading type of phone damage.

In part, we're to blame. We want phones that are bigger, yet thinner, offsetting strides made in strengthening glass. We also want phones to be sleek: A phone that's rugged enough to withstand drops just won't match what we expect smartphones to look and feel like.

"The tradeoff is phones get a lot bigger and bulkier," said Rick Osterloh, president of phone maker Motorola. "Without a really big innovation and technological breakthrough, it's going to be hard to (make a really tough phone) in a size people expect."

That's not to say phones aren't getting stronger.

In fact, given how frequently we use phones throughout the day, juggling them as we commute, run errands and chase after small children, it's amazing screens don't crack even more.

The latest phones from the two leading phone makers -- Apple's iPhone 6s and 6s Plus, and Samsung's Galaxy Note 5 and S6 Edge Plus -- mix zinc into the aluminum frames for aerospace-grade strength. The frames will absorb more of the shock that would have gone to the glass, not to mention help prevent the phones from bending in pockets.

The displays also use ion-strengthened glass. Samsung uses Corning's Gorilla Glass 4, which gets heated in a process that replaces sodium ions on the surface with potassium ions. Because potassium ions are larger, they press together to create a stronger surface -- akin to a layer of armour to protect the interior. Apple turned to Corning for a custom glass that goes through two rounds of ion exchange for greater strength.

Even some budget and mid-range phones, including Motorola's, are now using strengthened glass, though made with older, weaker formulas.

With strengthened glass, you can still pierce the armour with enough pressure, but it's harder than with normal glass.

SquareTrade, which offers protection plans for consumer electronics, said that while phone screens used to crack after one or two drops, the latest iPhones and the Note 5 survived 10 drops each from six feet in tests last weekend, at least when dropped on their corners. SquareTrade also said the new iPhone screens are more durable than last year's models. (It didn't test the Note 5's predecessor for comparison.)

But for all three new phones, the screens broke right away when dropped face down on concrete. The stronger glass improves the odds, but the risk isn't zero.

Scott Forester, director of innovations for Gorilla Glass, said Corning has made strides in withstanding the types of surfaces most likely to puncture glass, including asphalt and concrete. But he said that's offset by glass getting thinner and screens bigger over the years in response to consumer demand.

"It's always this fine balance between practicality and design," Forester said.

SquareTrade said half of its damage claims are for screen cracks. That doesn't include cracked phones people hang onto because they don't want to pay a $75 deductible.

Melissa Lefas has dropped her iPhone 5s a few times, but its screen survived until the phone slipped out of an open backpack while she was carrying groceries and leaning over to unlock a bike. It landed on a New York sidewalk made of stone -- a jagged surface perfect for puncturing glass.

"I heard it and knew it was a goner," she said. "I've seen so many people with cracked screens. I felt it was a matter of time."

Aware of consumers' frustrations with breakage, HTC is offering one free replacement for any damage, including cracks, to its HTC One smartphone within the first year. Unlike standard warranties, accidents are covered.

For other phones, we might simply have to get a case, insurance or both.

Cases offer no guarantees, but they help. When Ben Wilson's iPhone 5 fell out of a private plane he was co-piloting at 9,300 feet, the case shattered but the phone survived. It helped that the phone landed on a pasture in northern Texas rather than a stone sidewalk.

"It surprised me," Wilson said, talking on that still-functioning phone nearly two weeks later. "I thought it would be in quite a few pieces."

Can more be done? What about ditching glass for something stronger?

Plastic is one candidate, but it's prone to scratching.

Then there's sapphire, a mineral that's just short of diamond in hardness. It's extremely scratch-resistant, but its resistance to cracking is up for debate. It's also tough to manufacture, especially in larger sizes for phone screens. Apple uses sapphire for the smaller displays found on pricier Apple Watch models, as well as for the home button and camera lens cover on iPhones.

The material used isn't the only factor in durability. Apple has received a patent for using internal motors to rotate a phone as it drops so that the glass part doesn't hit the ground. There's no word, though, on when we might see this in iPhones.

It might ultimately come down to priorities. Yes, people want phones that don't crack, but they also want better cameras and better video playback, not to mention a sleeker design. Manufacturers have to innovate in all of those areas.

"I give manufacturers a lot of credit for continually striving to make durability a major component of their new designs," said Jessica Hoffman, a spokeswoman for SquareTrade. "However, it just seems they can't keep up with us."