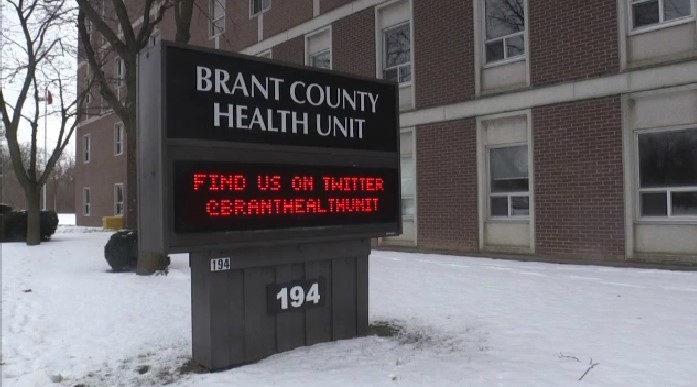 The exterior of the Brant County Health Unit.

KITCHENER -- A COVID-19 outbreak has been declared at a Brantford grocery store.

According to officials, the outbreak was initially declared on Wednesday after two cases were found in staff members who did not have identifiable transmission outside the store.

The employees who tested positive are self-isolating for the mandated 10 days.

Public health says customers of the store are low-risk for acquiring COVID-19. However, they add that anyone who was at the establishment March 22-27, March 30, April 1 and April 3-5 can contact the healthcare system to arrange for testing.