KITCHENER -- Norfolk County OPP are issuing a warning to the public after a large amount of counterfeit cash was picked up by several people.

Police say officers were called around 6 p.m. Friday night after the fake money, consisting of $20 and $50 bills, was found on Robinson Street in Simcoe.

While they add that people picked up the counterfeit currency before officers arrived, a nearby business reportedly provided police with one of the bills.

In a news release detailing the incident, OPP provided an image of what they say is a 'counterfeit 20', even though the picture shows a $20 bill with Chinese writing on it. 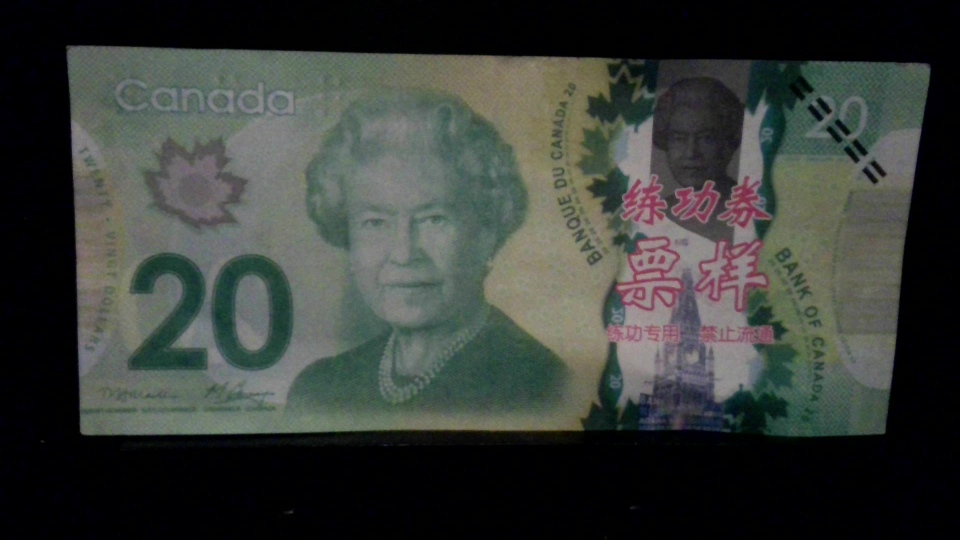 Norfolk County OPP are still warning all business owners and shoppers to double check the cash they are using, and thateven if those who picked up the counterfeit bills use them at a business genuinely, they can be held criminally responsible.

To identify counterfeit currency, police advise feeling for raised ink on the shoulders of the portrait, looking to see if any colours or holographic foil strips are easy to remove or damaged, and checking the metallic window on the backside of the bill.

If there is no raised ink, the colours run when they're wet, the strip easily peels off, or there is no metallic window on the back with the image from the front, the bill is counterfeit.

Further information about counterfeit prevention can be found on the Bank of Canada website.

Those who suspect a bill is counterfeit are asked to politely refuse to accept it, ask the person to check the note with their bank, and contact the police.

Anyone with information about the incident is asked to contact Norfolk County OPP.