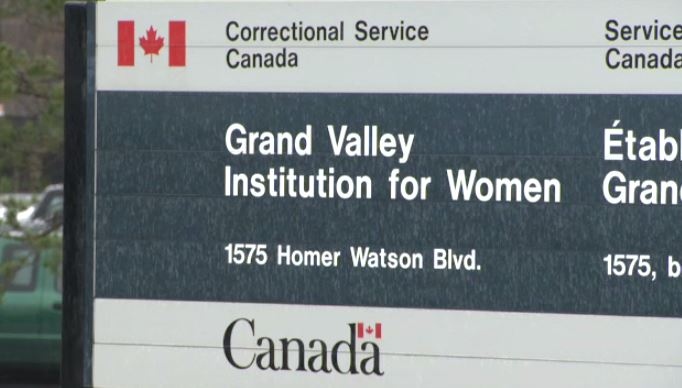 KITCHENER -- A correctional officer at a Kitchener women’s prison has been charged in connection to a historic sexual assault.

On May 20, Waterloo Regional police say they were contacted by the Grand Valley Institution for Women in regards to a historic sexual assault involving an inmate.

A news release suggests it happened in September of 2016.

Police say that their special victims unit took over the investigation from there.

On July 1, a 56-year-old male correctional officer was arrested and charged with one count of sexual assault.

He was released and is set to appear in court in August.

Police did not release the name of the officer.

In an emailed statement to CTV News Kitchener, the Correctional Service of Canada (CSC) says it is aware of the charges against the officer. The CSC said the officer hasn't worked at the facility since 2017.

"CSC employees are expected to carry out their duties with professionalism and consistently with our policies and mission – and of course, the law," the statement reads in part. "Offenders have a number of avenues to report inappropriate behaviours from staff, whether they are a victim or a witness. We do not tolerate any breach of our policies and all allegations are thoroughly investigated regardless of the source."