Correctional adviser calls for end to indefinite segregation in jails 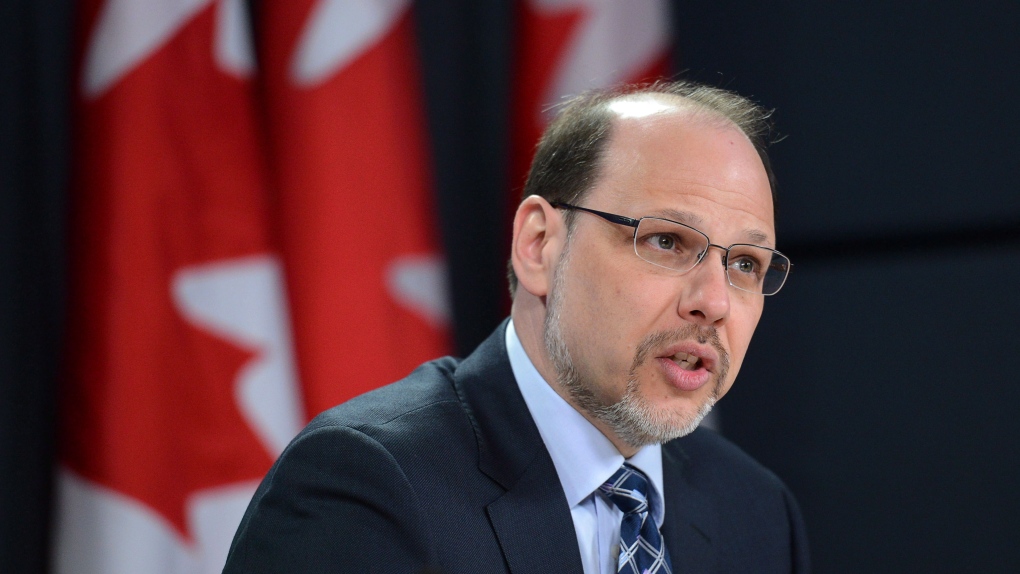 Former Correctional Investigator of Canada Howard Sapers during a news conference to speak to the recommendations of a Special Report entitled, "Spirit Matters: Aboriginal People and the Corrections and Conditional Release Act," in Ottawa on Thursday March 7, 2013. (THE CANADIAN PRESS/Sean Kilpatrick)

Ontario's adviser on corrections reform called Thursday for an end to indefinite segregation of inmates in the province's jails, but stopped short of urging an outright ban on the practice.

Howard Sapers, a former federal correctional investigator tasked with conducting an independent review of the segregation system, released a report with 63 recommendations that ranged from limiting the practice to 15 continuous days -- and no more than 60 days in a year -- to not using it for protective custody purposes and for self-harming, suicidal and significantly mentally ill inmates.

The province's corrections minister responded to the report by saying new legislation would be introduced in the fall that would include a new definition of segregation, and new jails would be built in two cities.

"Whether it's a result of inadequate legislation, poorly crafted policies, lack of staff resources and sufficient training, crumbling infrastructure or simply a lack of space, the result is the same," he said. "Segregation has become the default response to a diverse range of correctional challenges."

The legal framework around segregation is skeletal and there are no standard definitions, Sapers said. In several Ontario institutions inmates confined to their cells for 22 or more hours a day are not considered to be in segregation if they are not held in a designated segregation area, he said.

Inmates could still be held indefinitely on administrative segregation, such as when their safety would be at risk in the general population.

Sapers called for an end to indefinite segregation, saying there are currently no time limits set out in law. But segregation cannot be done away with entirely, he said.

"Right now, the reality in corrections is that some form of seclusion or segregation is probably as necessary in a jail or prison as it is in a forensic hospital, so I have not called for the abolition of segregation. But I certainly have called for it to be rare, to be exceptional, and for the standard to be to move people back to least restrictive housing."

Ontario's ombudsman made similar recommendations last month, calling for the province to better track how long inmates are in solitary, strictly limit the use of segregation, and better define it.

Correctional Services Minister Marie-France Lalonde said new legislation will be introduced in the fall that will include a clear definition of segregation -- one based on conditions of confinement, not physical location within a facility.

She also announced that new jails will be built to replace existing facilities in Ottawa and Thunder Bay that have come under fire in recent years for overcrowding and infrastructure concerns.

"We know that for us to achieve this transformation our infrastructure must improve," Lalonde said. "One of the most concrete things we can do to demonstrate our commitment to transformation is to invest in our correctional infrastructure... This investment will increase capacity and reduce overcrowding in those communities."

In addition, Lalonde said the government will explore how to shift the responsibility for health-care services in correctional facilities to the Ministry of Health.

The Canadian Mental Health Association cheered the announcement, as did Doris Grinspun, the CEO of the Registered Nurses' Association of Ontario.

"As nurses we absolutely know that any level of segregation exacerbates mental health conditions," she said.

Sapers said that despite the government revising segregation policies in 2015, including for mentally ill inmates, the proportion of that population in segregation has actually increased.

The Ontario Public Service Employees' Union, which represents correctional officers and nurses, said it is encouraged by the report, but concerned about the prospect of moving oversight of health care.

"When the government moves resources to the front lines, the problems will go away," said OPSEU president Smokey Thomas. "Just shuffling staff is pointless."