Construction on LRT vehicles in full swing at Bombardier plant

Over here, a roof is being assembled. Over here, one module for a light rail vehicle is waiting for others to join it.

And over here – just a little bit further down – sits the second of the 14 vehicles Bombardier is making for Waterloo Region’s Ion system.

From the outside, it looks almost complete. Stepping inside shows that some work is still needed – seats, walls and electrical work are all unfinished – but things appear well on their way. 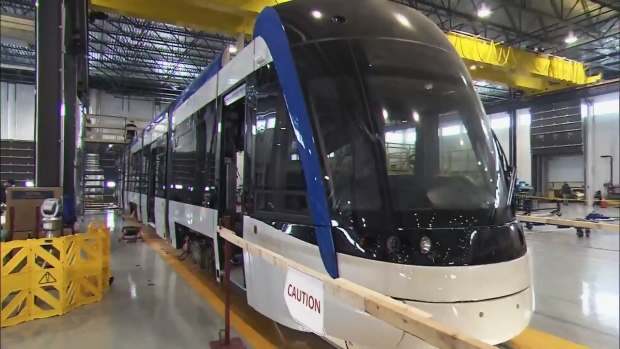 Elsewhere in Bombardier’s Kingston plant, production has already started on the third, fourth and fifth vehicles of the region’s order.

The first vehicle was delivered to the region last month – about six months behind Bombardier’s original schedule.

On delivery day, Bombardier officials told CTV News they were “100 per cent committed” to finishing the rest of the vehicles by the end of 2017 – and on Wednesday, on home turf, they reiterated that message.

“We’ve committed to Waterloo for 14 vehicles by the end of the year … and we’re pushing ahead with that,” said project manager Mark MacGregor. 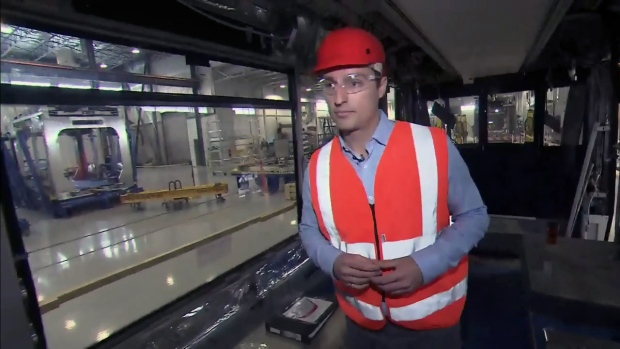 Production of the vehicles was moved to Kingston because of continuous delays and disruptions at Bombardier’s facility in Thunder Bay, where all 14 were initially expected to be produced.

To prepare for production of both the Ion vehicles and many more for an LRT line in Toronto, Bombardier spent $11 million on doubling the size of the Kingston facility, where 300 people are currently working.

The second vehicle is expected to arrive in Waterloo Region by late June, with the remaining dozen coming at more regular intervals through the second half of the year.