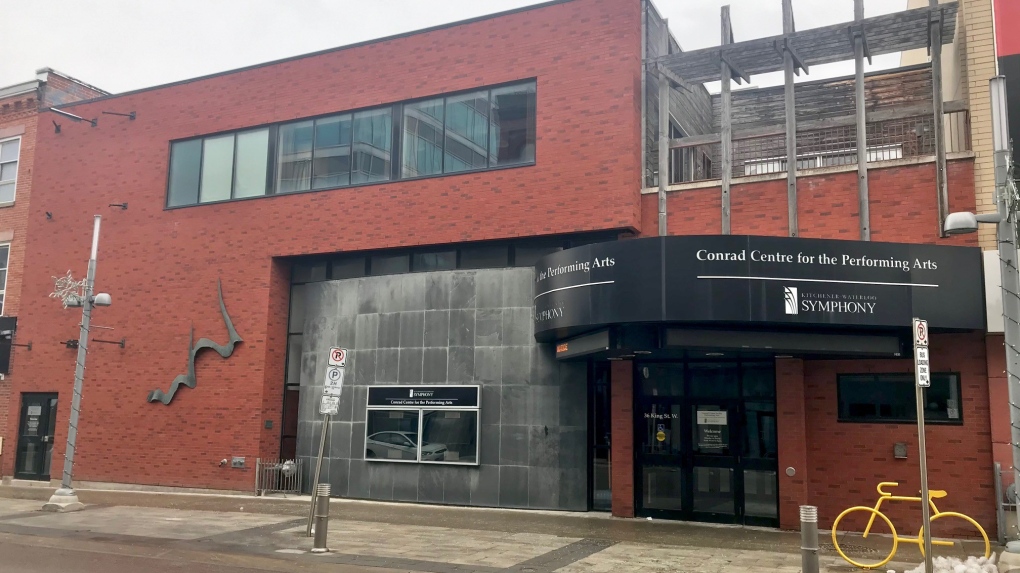 The Conrad Centre for the Performing Arts was donated to the City of Kitchener. (Dan Lauckner / CTV Kitchener)

KITCHENER -- The City of Kitchener announced a major donation to its arts sector on Friday morning.

The 24,000-square foot facility in downtown Kitchener has 300 seats, a rehearsal hall and administrative offices.

In a video announcement, Kitchener Mayor Berry Vrbanovic said the city is looking forward to continuing to work with the KW Symphony, which currently operates out of the centre, but also with other partners in the community to maximize its value.

"Our community recognizes the transformative power of the performing arts and how they add to the quality of life of our residents," Vrbanovic is quoted in the news release.

"As we all look forward to connecting with each other once again post-pandemic, this remarkable gift to the residents of Kitchener will enable us to ensure that our cultural sector is poised to flourish in the coming decades."

The centre was built in 2001 and was originally called the King Street Theatre Centre before the Manfred and Penny Conrad Family Foundation bought it over a decade ago.

"We are so proud of what the Centre has become - its wide and diverse artistic offerings that were intimately housed in such an incredible space. The Centre created so many great opportunities for connecting and enriching our community through music and the arts,” said Manfred Conrad in the release.

The city noted that it isn't sure when it will be able to fully use the space because of the COVID-19 pandemic, but said it will work with local stakeholders to plan for its future use.

Kitchener also owns the building out of which THEMUSEUM operates, the connected parking garage at Duke and Ontario and the recently acquired building at 2 King St. W., which used to house BMO.