KITCHENER -- Members of the community are asking the Cambridge to allow a designated space for mourners to scatter ashes along the Grand River.

"It was very important, you know, saying a final goodbye," said Amit Airi.

After losing his 23-year-old son Lakshay in a car crash last summer, Airi spread his ashes into the river, connecting him back to the earth. 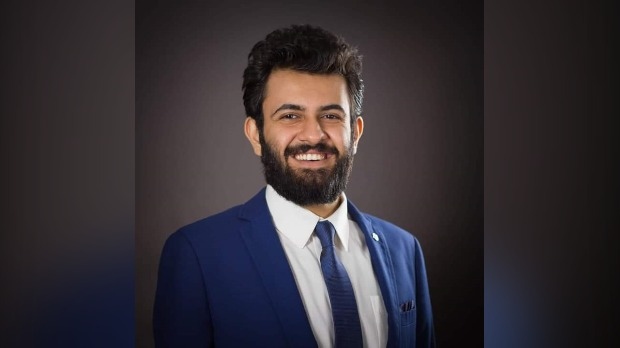 "If we feel like connecting with him we go back to the same spot. So, it’s not only a one-time thing, it’s an ongoing relationship," he explains.

Scattering cremated ashes into water is an important ritual for many faiths, including Hinduism. However, the rules around the practice are murky, when it comes to the Grand River.

"People do scatter ashes in the Grand River, but currently there is no law allowing it or prohibiting it," said Cambridge resident Prakash Venkataraman.

This is why Venkataraman made a request to the city to set clear rules regulating it.

At Tuesday night’s council meeting city officials said that it is unclear who can give permission to either allow or the deny this activity, as the request falls into a grey zone.

The Grand River Conservation Authority only monitors the flow of the water, while the city and region’s jurisdiction stops at the shore.

"We as a municipality don't have the jurisdiction or the ability to perform our own work, let alone grant permission for any other community for any other works," said Mike Hausser, director of operations for the City of Cambridge during the meeting.

While the GRCA says any questions about environmental impact should be directed to the province. CTV News sent a request late Wednesday afternoon and are waiting for a response.

Venkataraman is also requesting permission to build a small pavilion along the river for ceremonies.

"We need to have a place with proper authorization so people don’t feel guilt or fear, especially when they are grieving," said Venkataraman.

The collection from the Hindu community is offering $20,000 to build a structure on the Grand River for scattering ceremonies, but say anyone in the community would be able to use it.

"It is very important culturally, but it also helps with the  healing, with the grieving process," explained Airi.

Council voted in favour of asking staff to consult with the upper levels of government before coming back with a report.

A spokesperson with the Ministry of Environment said there likely wouldn't be a large impact on water quality "from the infrequent scattering of remains to a waterbody, especially to large or flowing waterbodies."

"As such, the ministry has not carried out any specific monitoring studies that focus on potential water quality impacts from the scattering of ashes," a statement from the ministry read in part. "However, if a particular location became popular as a place for scattering and depending on other circumstances, the ministry may consider further actions to ensure there’s no environmental impacts."

The spokesperson said the Ministry of Government and Consumer Services provides guidance on scattering ashes, including in waterbodies.