WATERLOO -- Elevate Cannabis may be the first pop shop to set up in downtown Kitchener but it’s far from the last.

Three more cannabis stores have opened nearby, all within a few hundred metres - and the four stores in the area are about to double.

Four more pot shops are in the process of joining the area.

John DeMonte, the store manager at Elevate Cannabis said it’s healthy competition though he can’t help but worry about what that will mean for business.

“The number … that’s all happening and so quickly, it’s a little bit extreme,” said DeMonte. 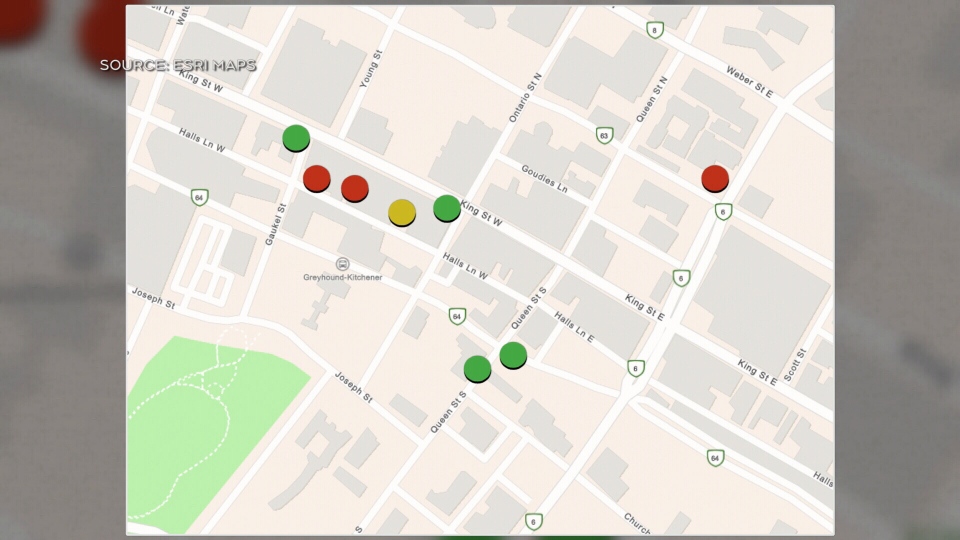 “It’s resulting quite frankly too many of these operations in too small of a geographic area,” said Vrbanovic. “It’s not necessary and it doesn’t serve the community well.”

He would like to see a 500-metre buffer zone in between shops but that decision isn’t up to municipalities. Vrbanovic is hoping the Alcohol and Gaming Commission of Ontario, which regulates the province’s retail cannabis stores, will make it a requirement.

“Cannabis retail stores in Ontario can be located anywhere that our retail operations are permitted, as long as the community opted in … the AGCO has no authority or control over store locations … that decision and the local research on store locations is up to the applicant," the AGCO said in a statement.

There are currently four pot stores in Waterloo’s core and seven more are expected to set up shop in the area.

Waterloo Mayor Dave Jaworsky said there are far too many cannabis stores already for a community of this size.

“The clustering is a bit disturbing,” said Jaworsky. “Nature will take its course … from an economic standpoint, it just can’t be supported.” 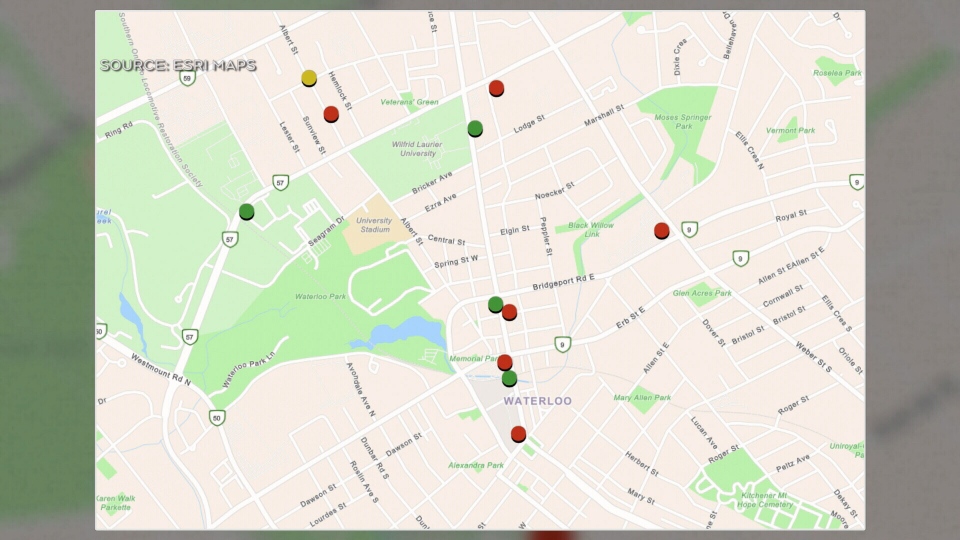 But the manager of Sativa Bliss says his store is located 50 metres away from another in Downtown Kitchener and he believes there’s enough demand.

“There’s tons of customers out there and the cannabis industry is always growing so I think there will be lots of customers to share," the manager said.