The Huron Perth Healthcare Alliance shut down the emergency department at the Clinton Public Hospital Sunday, citing a staffing shortage.

The temporary closure started at 8 p.m. Saturday and is set to end 8 a.m. Monday.

The HPHA say they decided to close the ER because there weren’t enough registered nurses available to work.

“We have shifts that are posted, and we’re constantly looking to fill them,” says Andrew Williams, the President and CEO of the Huron Perth Healthcare Alliance. “More often than not the last shift gets filled at the 11th hour, and [it] didn’t happen this time. We just felt that we had to make this call for safety reasons, for everybody that might have presented to the emergency department.”

Residents needing urgent care were told to call 911 and paramedics would transport them to other locations, including: the Seaforth Community Hospital, the Alexandra Marine & General Hospital in Goderich, South Huron Hospital in Exeter, and the Wingham & District Hospital. 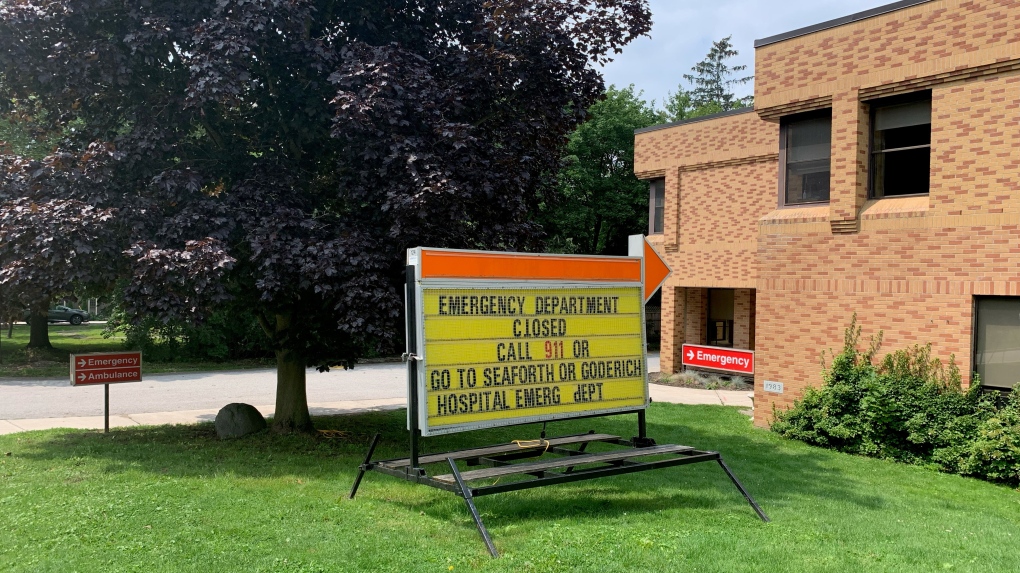 People in Clinton expressed their concern about the decision to close.

“That kind of sucks, I’m sure for them as well as us,” says Linda Carter. “That seems to be when there’s a lot of problems on a long weekend.”

She says her son has had several diabetic seizures, and she worries about him having to wait for medical care any longer than is necessary.

“I would be very concerned to have to drive to Goderich or Seaforth, because he needs immediate attention.”

The emergency department at the Clinton Public Hospital is already operating with reduced hours because of staffing issues.

Williams says he tried calling other hospitals to borrow employees, but those other sites are also facing similar problems.

He adds that the HPHA needs to discuss where staff members are needed as well as recruiting for the area.

“We’re looking at any option to recruit and retain. We have a great team. They’re all stepping up and doing way more than they might normally do, just given the situation we’re in.”

Willliams says, on average, the ER at Clinton Public Hospital sees about 14 patients a day. However none arrived Sunday, which could be the result of HPHA getting out the closure notice early on Saturday.

U.S. Justice Department Officials are indicating that they are ready to resolve the criminal charges against Huawei executive Meng Wanzhou, and representatives from both sides will be appearing in a New York court shortly to address the matter. According to a letter docketed on Friday, 'a resolution of the charges against the defendant in this matter,' will be discussed, potentially bringing an end to a nearly three-year legal and diplomatic saga.

Alberta Premier Jason Kenney is confronting a full-throated justification for a pink slip thanks to his chronic tone-deafness during the pandemic, incredulously topped off by taking a two-week vacation in Europe this month as Albertans were dying from the consequences of his policies, writes Don Martin in his exclusive column for CTVNews.ca.