KITCHENER -- The Chief Building Official in Cambridge is calling for the demolition of the former Preston Springs Hotel.

The building at 102 Fountain St. S. has been boarded up and vacant for more than 25 years, the city says.

On Wednesday, Dennis Purcell, the Chief Building Official, issued an Order to Remedy an Unsafe Building.

"We recognize that this building is a community landmark and this decision has not been made lightly,” he's quoted in a news release.

"However, public safety is our first priority and there is no other option but to issue the Order to demolish."

Two separate independent engineering firms assessed the building and determined that its condition will lead to structural failure.

Restoring the building to minimum safety standards, they say, would represent expensive challenges that would not necessarily fix the safety concerns.

"The City has endeavored to work with several owners and multiple proposals to restore the troubled building but finding a solution has proved complicated and cost-prohibitive," a news release reads in part.

"Over the course of that time, there have been significant issues in terms of vandalism, trespassing, and keeping the building secured. These problems have further contributed to the condition of the property." 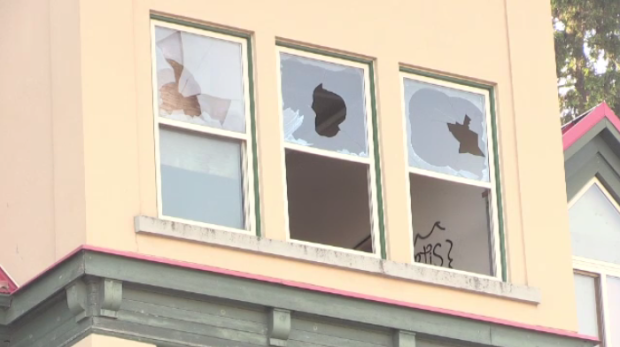 Purcell will recommend that council issue a notice of intent to remove the building's heritage designation so it can be demolished.

That's set to happen at the Jan. 28 council meeting.