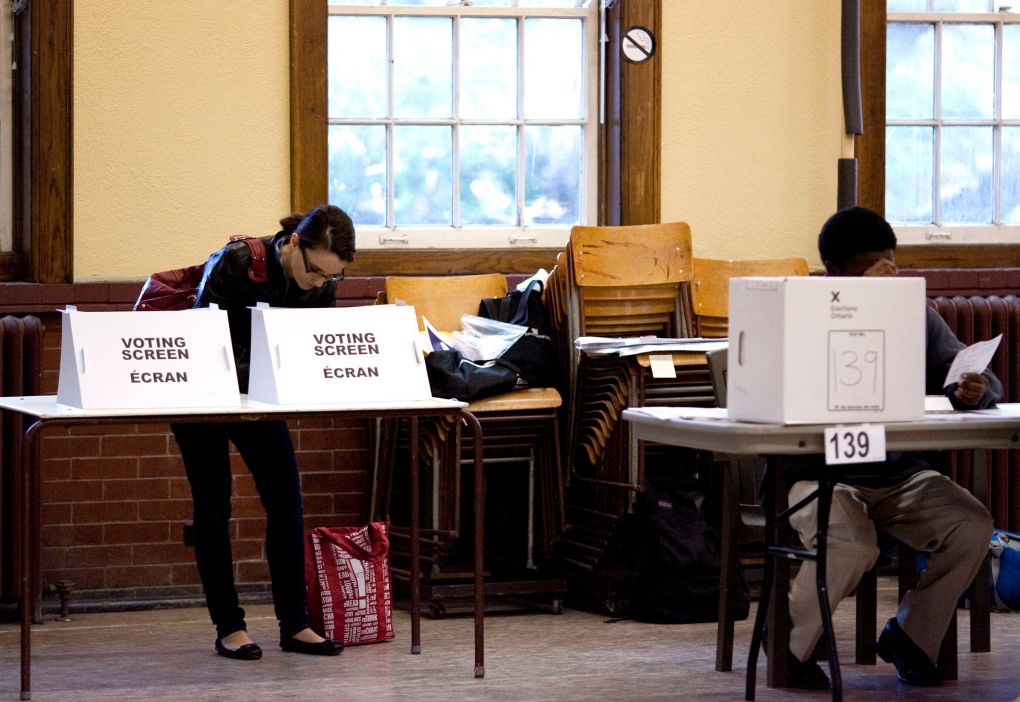 A woman casts her ballot at a voting station in Toronto as voters participate in the Ontario Provincial Election on Thursday, Oct. 6, 2011. (Chris Young / THE CANADIAN PRESS)

The City of Waterloo said it is in the process of reissuing voting cards after incorrect information was mailed out ahead of the municipal election.

On Wednesday, an update from the city said information mailed out to voters on polling locations was incorrectly attributed to supervote locations.

“Instead of the voter’s neighbourhood polling station, the cards direct them to one of the City of Waterloo supervote locations or one other community centre,” the city said in a media release.

The new cards will begin to be sent out next week.

The city said people can still vote at the location listed on the card.

“Anyone living in the City of Waterloo can vote at a supervote location on election day, however for convenience and to avoid crowds, voters may prefer the location closer to their own neighbourhood,” the release said.

“Replacement cards, which will include the appropriate polling station locations, are being printed and mailed to all voters the week of Oct. 3 and should be received in time for the election. The voter card information for the advance voting days and the supervote sites is correct,” the city said.

Voter notification cards are not required to vote, although they do make the process on voting day faster.

Any eligible City of Waterloo voter can cast their ballot at a supervote location on October 24.