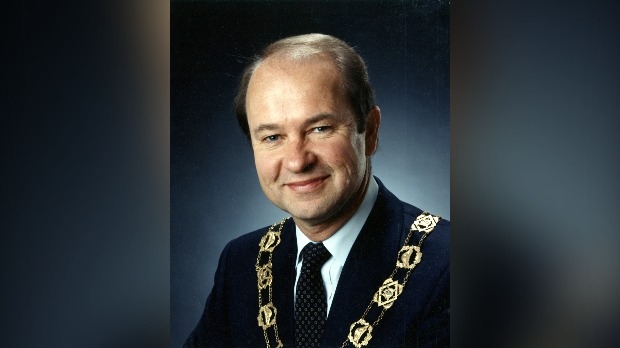 Brian Turnbull, who served as Waterloo's mayor for three terms, has died.

Turnbull served as mayor for nine years, from 1988 to 1997. He spent more than 20 years serving on council, starting his time in municipal politics in 1972.

"Brian was known as someone who treated everyone with respect with the ability to remain calm under pressure. He was also a successful businessman, having founded several companies," current Mayor Dave Jaworsky said in a statement.

Turnbull had three children with his wife, Eleni.

"A three-term mayor, he left an indelible mark on our city," Jaworsky said. "Our community has been enriched by his visionary leadership."

Colin Powell, the first Black U.S. secretary of state whose leadership in several Republican administrations helped shape American foreign policy in the last years of the 20th century and the early years of the 21st, has died from complications from COVID-19, his family said on Facebook.

Half of Canadian parents would vaccinate their 5-11 year-old ASAP: survey

With Health Canada expected to soon begin considering COVID-19 vaccine eligibility for children aged five to 11 years, a new survey by the Angus Reid Institute says that more than half of Canadian parents plan to give their kids the jab as soon as they get the green light.

The family of an Ottawa man who has been missing since Thursday is offering a $10,000 reward for tips that lead to him being found.

The Toronto homicide detective who solved the killing of Stefanie Rengel says he was left stunned by what the young woman charged with her murder revealed during her police interview.

Hudson's Bay Co. ULC is suing a Quebec retail family over the use of the Zellers brand. In a statement of claim filed in Federal Court, the company accuses the Moniz family of trademark infringement, depreciation of goodwill and so-called passing off -- the deceptive marketing or misrepresentation of goods.

The body of a Montreal firefighter who went under the water Sunday night assisting a boat in distress has been pulled from the water along with the boat he was trapped under.

COP26 Primer: Glossary of terms, issues ahead of climate summit

From Oct. 31 to Nov. 12, thousands of people will attend the COP26 climate summit in Glasgow, Scotland. CTVNews.ca has created a glossary of terms and issues that will come up during the UN climate talks.