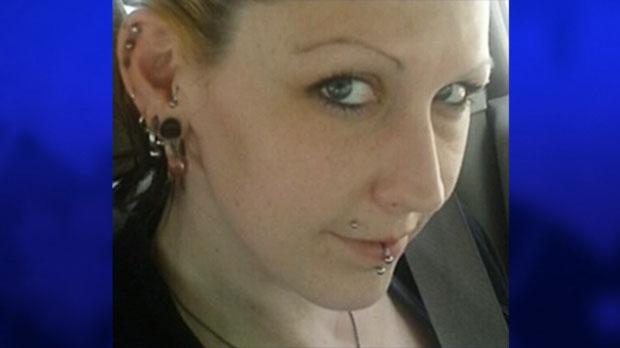 Christine Allen, who also goes by Christine Keilbar, is charged with two counts each of aggravated assault and administering a noxious substance.

Christine Allen sat quietly, at times holding her face in her hands, while appearing in a Kitchener court Wednesday morning.

Allen, 32, is accused of administering over-the-counter eye drops orally to two children in her care, in effect poisoning them.

She is charged with two counts of aggravated assault and administering a noxious substance.

In front of a large crowd, mostly friends and family of the alleged victims, Allen was remanded into custody.

“Cases that are of a serious nature like this one, often you want to look at the evidence before deciding what to do with respect to bail,” said defence lawyer Craig Parry.

Among those in attendance was the woman who sparked the investigation into Allen when her two-year-old son was admitted to hospital three times within five days.

“I needed to see her reactions myself,” she said outside the court.

“I want justice, I want this brought to an end. I want all those parents – if she has harmed any children – to have some closure and some answers.”

Allen will next appear in court Aug. 12.

“Hopefully by that date there will be more evidence available so informed decisions can be made,” said Parry.