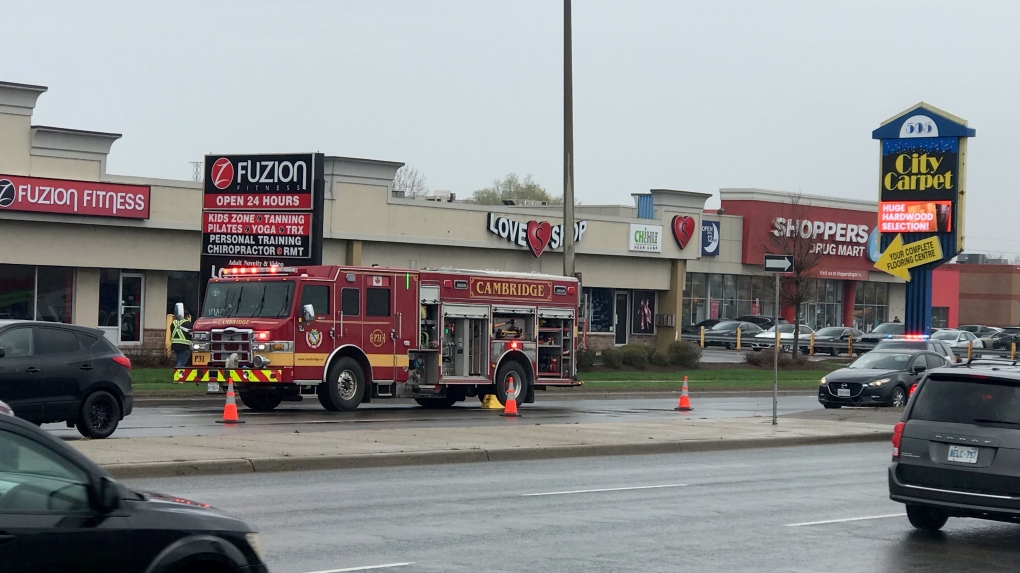 Crews on scene of a crash involving a diesel spill in Cambridge. (Dan Lauckner / CTV News)

A 30-year-old Toronto man has been charged after a crash in Cambridge caused a diesel spill Tuesday afternoon.

Emergency crews were called to the scene around 1:55 p.m. on Hespeler Road between Langs Drive and Bishop Street.

Shortly after it happened, police tweeted that there would be significant delays in the area.

Officials say the driver of a tractor trailer was heading north on Hespeler when he attempted to merge lanes and hit a truck also heading north.

The tractor trailer fuel tank was reportedly punctured and resulted in a diesel spill.

On Wednesday, police announced a 30-year-old Toronto man was charged with not safely changing lanes.

During the emergency response to the spill, two right northbound lanes were blocked by crews, with only one lane of traffic getting through.

Fire crews, police, City of Cambridge staff and the Region of Waterloo Environmental Enforcement team all responded to the scene.

All roads have reopened.

Thank you for your patience. https://t.co/KAZ2rHQVRX