Changes to transit services in Waterloo Region and Brantford 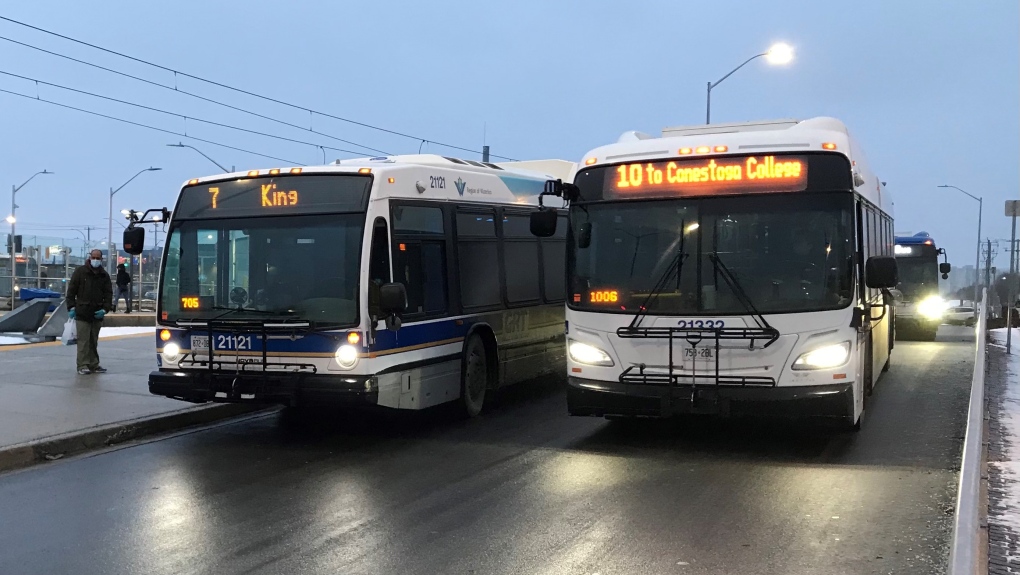 While GRT is reducing the frequency of some routes, Brantford is increasing capacity on its buses.

Starting on Jan. 12, Grand River Transit is cutting back service on four of its routes.

They said it's in response to the spread of the Omicron variant and staffing shortages.

Grand River Transit said the changes will remain in place until further notice.

Brantford Transit, meanwhile, is increasing ridership capacity from 17 to 33 passengers on board their buses.

The change, approved by the Brant County Health Unit, will go into effect starting Jan. 14.

Brantford Transit said buses will carry a full seat load with no standing.

Adding that half-hour service will continue Monday to Friday from 6 a.m. to 9 a.m. to accommodate the morning rush, with hourly service from 9 a.m. to 8 p.m. There is also hourly service starting at 6 a.m. on Sundays.