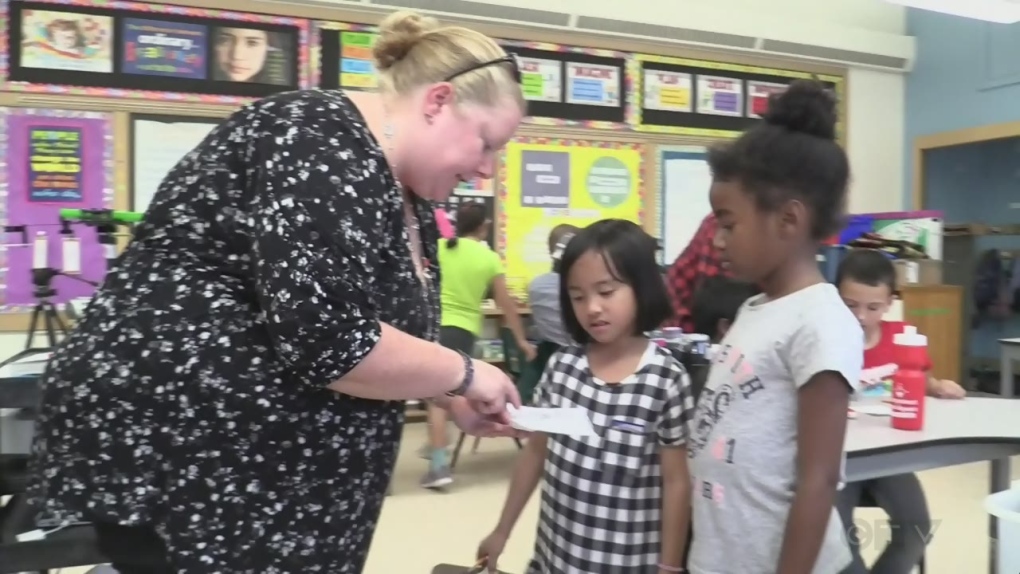 The union representing Ontario's catholic school teachers has decided to vote on a province-wide strike.

TORONTO - The union representing Ontario's catholic school teachers has decided to vote on a province-wide strike next month.

The Ontario English Catholic Teachers Association says its decision to vote comes in response to what it calls "reckless cuts" that were proposed at the bargaining table.

OECTA President Liz Stuart says the strike vote is necessary to demonstrate their solidarity and resolve against the cuts.

The association adds that negotiations with the Ontario government can still continue while the strike vote is being conducted.

Stuart says their priority is to reach an agreement that recognizes their teachers' contributions and ensures quality learning environments.

The strike vote will end on November 13.

This report by the Canadian Press was first published Oct. 20, 2019.