Figuring out what sparked the fire that caused major damage at a Cambridge business is no easy task.

Investigators started systematically sifting through the wreckage of the Suds Car Wash and Jiffy Lube property on Friday, looking for any clues that might help explain Thursday’s fire.

Also on-site was a Union Gas crew, which was working to disconnect gas service to the building.

“With the nature of the fire last night, they weren’t able to get close to the meter,” said field supervisor Ken Sleeper. 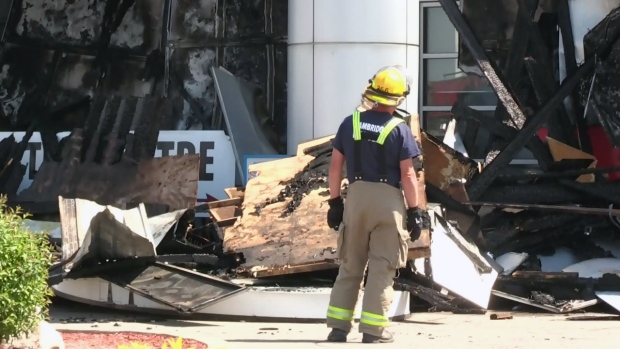 While some parts of the building were untouched by the fire, its front façade was destroyed and the front reception area received significant damage.

“It’s going to be out of commission for a while,” said Clive Hubbard, an investigator with the Office of the Fire Marshal and Emergency Management.

The damage was extensive enough that Hubbard believed he and his team would be returning to the site on Saturday. 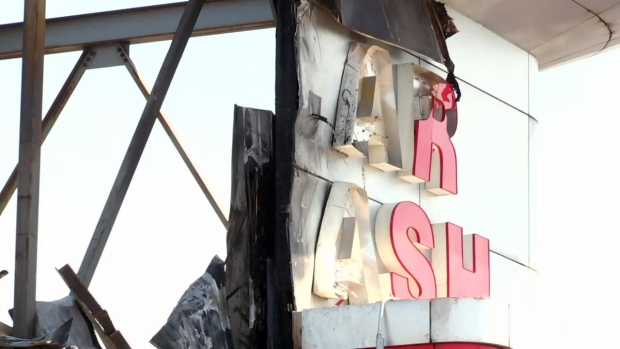 The business employs 145 people, all of whom are expected to be offered work at other locations within the Suds/Jiffy Lube chain until a decision is made about the future of the Cambridge location. 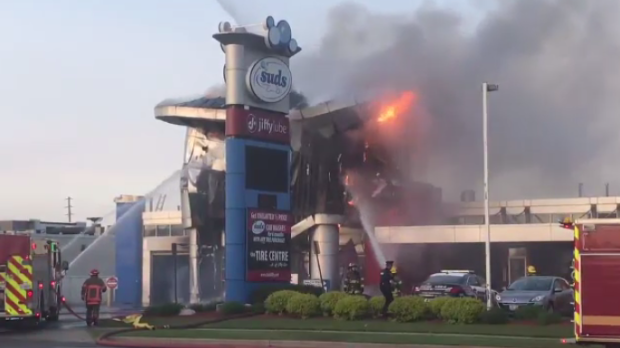 With reporting by Heather Senoran