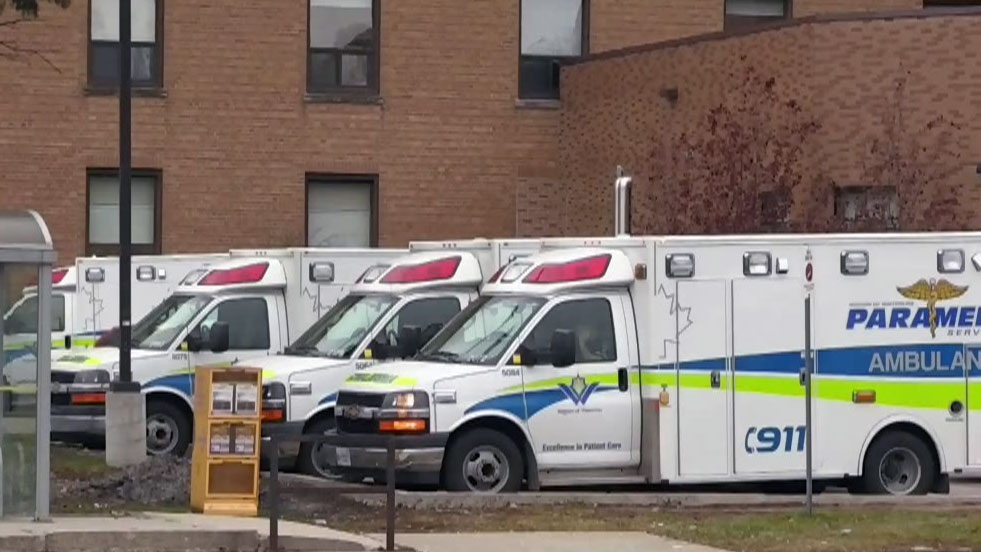 A car rally was held on Monday to support contract negotiations for paramedics, social assistance and other public workers in Waterloo Region.

The rally was scheduled to start 12 p.m. outside the Region of Waterloo headquarters at 150 Frederick St. in Kitchener.

Public health staff involved in the region's vaccine rollout are also included in this group of workers.

"We also have public health, so not the nurses, but all the administrative support, which many, many of these people are working in the clinics," said Noelle Fletcher, president of CUPE Local 1883. "We are really concerned about that. We do not want clinics to be affected, but this is where we are at."

Nearly 1,200 unionized workers with CUPE Local 5191 and CUPE Local 1883 are looking for a new deal with region.

In a news release Tuesday, regional officials said negotiations will continue this week. They added they understand the potential impacts of a labour disruption if an agreement isn't reached and said they won't prohibit staff from crossing the picket line to work.

According to the region, there are contingency plans in place to ensure essential services continue to operate.

If a strike does occur, they said child-care services run by the region would need to shut down.

A rally happening this afternoon in front of the Region of Waterloo headquarters in support of contract negotiations for the region’s public sector workers, including paramedics.

Work life balance & job security among key concerns in contract talks, according to the union. pic.twitter.com/hopyVa21bn