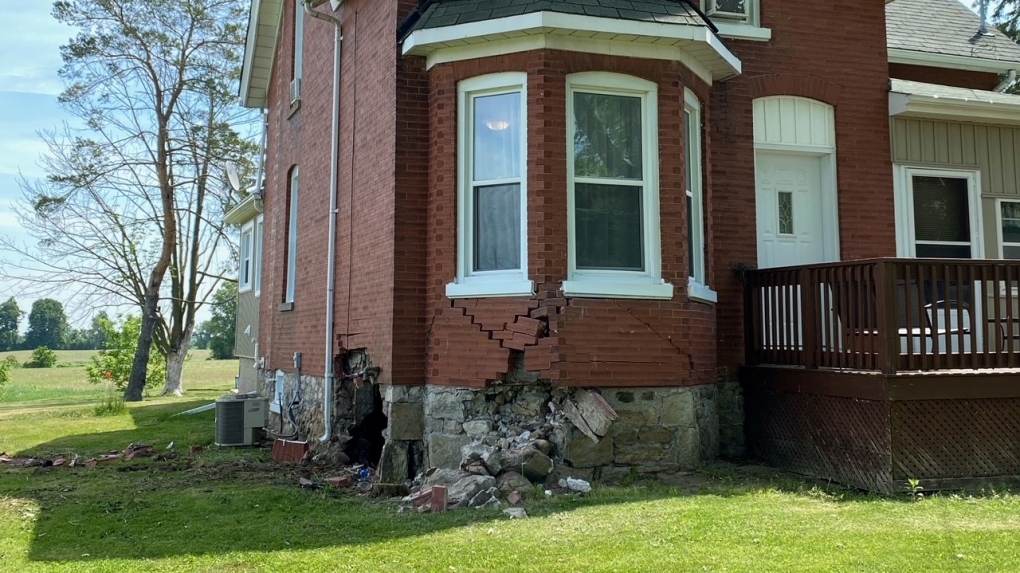 Two people have been seriously hurt after a car crash involving a home in North Dumfries Township. (Terry Kelly/CTV Kitchener)

KITCHENER -- Two people have been seriously injured after a car crashed into a house in North Dumfries Township.

Emergency crews were called to the Branchton Road scene around 9:40 p.m. on Saturday.

Police say a car heading south left the road, struck a house, and caused major damage to both the home and the vehicle.

The two men inside the car were seriously injured and taken to a hospital in Hamilton.

The family who lives at the home told CTV News six people are now displaced and the one person who was home at the time of the crash was not hurt.

Branchton Road was closed between Harrison and Maple Manor Roads for an investigation, but has since reopened. A remotely piloted vehicle is being used in the area to assist investigators.

Regional police say they believe speed was a factor in the crash and charges will likely follow.