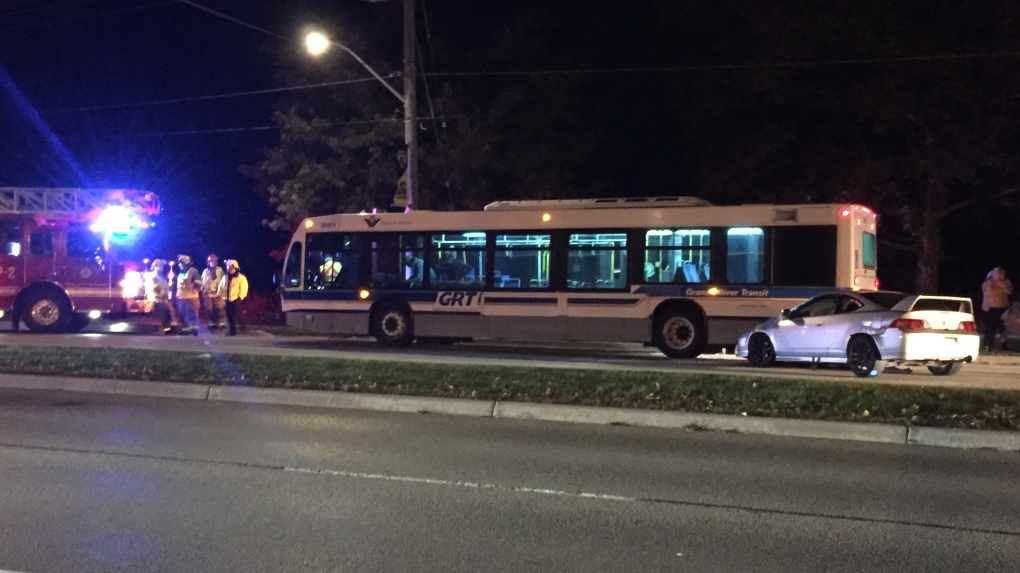 Police, along with Waterloo Fire crews, were called to the area of Columbia Street West and Westmount Road North around 9:30 p.m.

Officers on scene say a car was trying to swerve around a black pick-up truck when it ended up hitting the back of the parked GRT bus.

There were no passengers on the bus at the time.

Fire officials say one person was treated on scene for minor injuries.

The westbound lanes of Columbia will be closed while crews remain on scene.

There is no word on any charges.