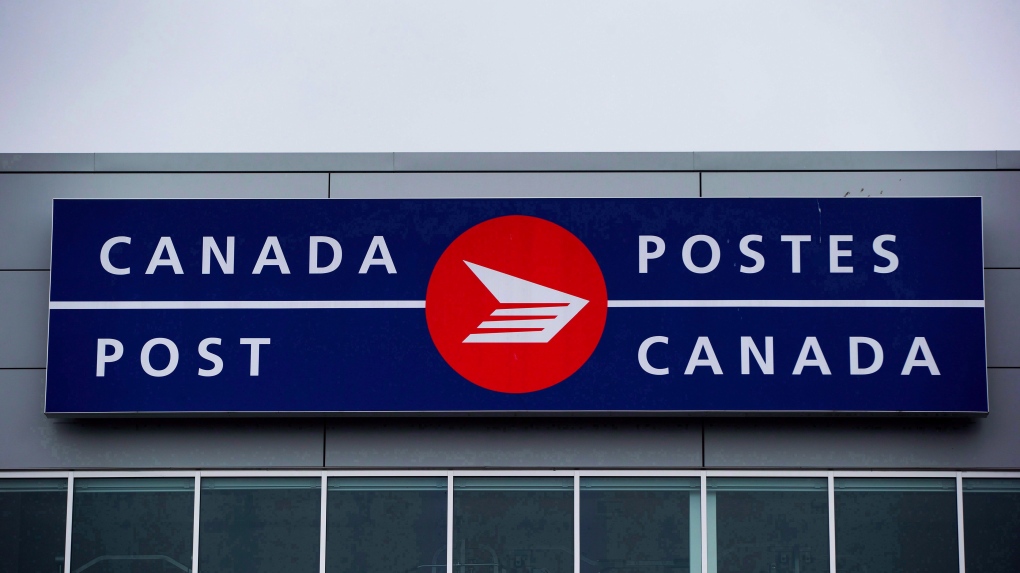 The Canada Post logo is seen on the outside the company's Pacific Processing Centre, in Richmond, B.C., on June 1, 2017. (Darryl Dyck/ The Canadian Press)

OTTAWA - The Canada Post rotating strikes have hit the country's largest processing centre in Toronto for a second time in three weeks as workers in 11 other southern Ontario communities walked off the job just after midnight.

Canada Post says in a statement that the union continues to escalate their strike activity, adding more communities each day and shutting down major processing centres for extended periods.

Toronto facilities were shut down by the union for two consecutive days in October.

Canada Post says there is no indication when that strike will end, adding it will worsen backlogs in mail or parcel deliveries across the country.