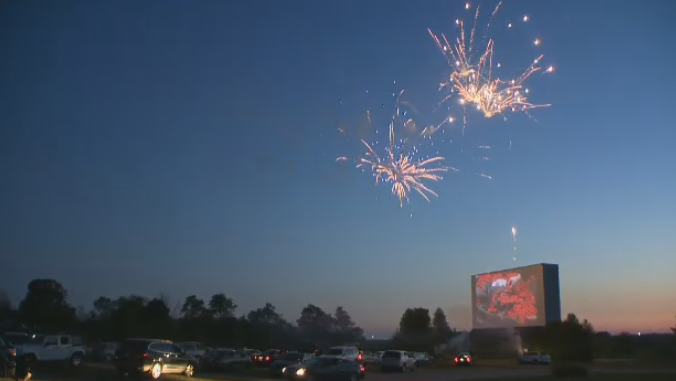 Some residents gathered at the Mustang Drive-in to take in the city's Canada Day firework show from inside of their vehicles on Wednesday.

KITCHENER -- With some residents setting off fireworks in celebration of Canada Day, officials say crews in Guelph responded to several firework-related fires over the course of the holiday.

Guelph police say that fireworks were responsible for numerous small fires at several different locations, which could have been far more serious.

No one was injured as a result of the fires.

Police are reminding residents to keep the following safety guidelines in mind when setting off fireworks:

The city also held one of the few organized fireworks displays in the area to mark Canada Day.

Some residents gathered at the Mustang Drive-in to take in the three minute-long light show from their inside of their vehicles.