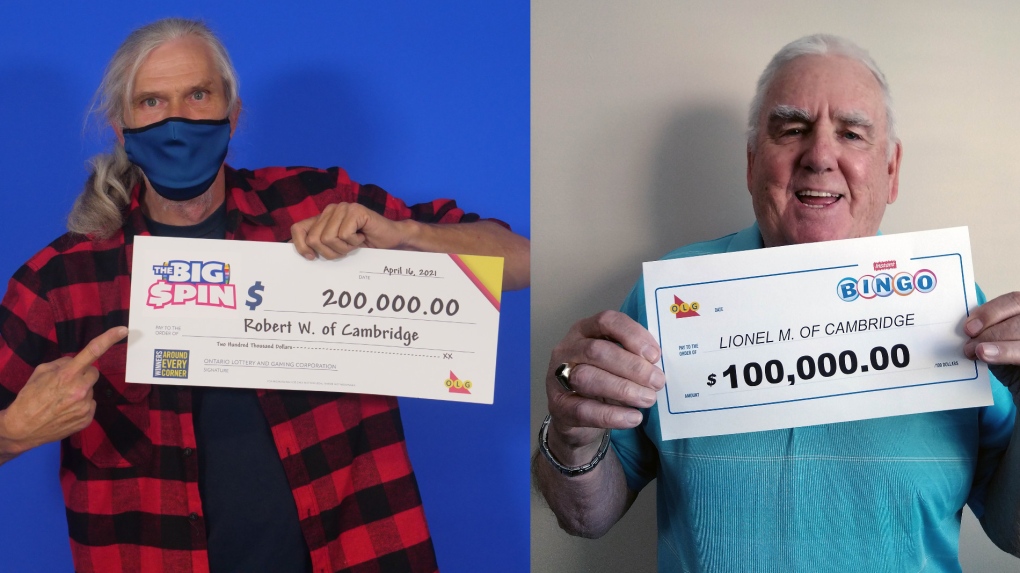 The 55-year-old custodian said he is a regular player and likes to play games the retailers recommend.

“I played my ticket in the store and saw the wheel spinning on the lottery terminal," said Welch. "I didn’t realize I was a Big Winner until the clerk said OLG was on the phone for me, I was shocked.”

He said he feels happy to share the moment with his wife of 27 years.

The father and new grandfather plans to use his winnings to pay off his mortgage and some bills as well as purchase some new furniture.

The winning ticket was purchased at Circle K on Hespeler Road in Cambridge.

The 84-year-old said he loves to play all instant bingo games.

“I thought I won five dollars," said Mayo. "But when I scanned it at the store, I thought oh my gosh what happened, because the prize was much larger than I originally thought.”

He plans to take a trip when it’s safe to travel again.

This winning ticket was purchased at Sun Variety on King Street in Cambridge.