Steve Kovacevic wishes his kids were in school.

Instead, the Cambridge, Ont. father of three took an unpaid day off work on Friday to care for them.

The Waterloo region Catholic school his nine-year-old triplets attend is among hundreds across the province closed to in-person learning on Friday after negotiations between the province and CUPE education workers broke down.

On Friday morning, thousands of education workers and their supporters hit the picket lines.

“What bothers me the most is when I hear them say ‘this is for the kids,’” Kovacevic said. “Because really, the kids are the ones who are being the most impacted right now.”

Two of Kovacevic’s three children need additional support. Chase is currently at McMaster Hospital recovering from spinal surgery, which keeps his mom there most of the day.

That means the Cambridge dad is home alone caring for his other children, Cage and Adrianna.

Kovacevic said Adrianna is “severally challenged,” non-verbal, and lives in a wheelchair.

In order to properly care for her, a day off work was a necessity, Kovacevic said.

“I can’t just give her a sandwich and have her eat lunch and continue my working, I have to feed her and she’s incontinent so she does need a diaper change,” he said. 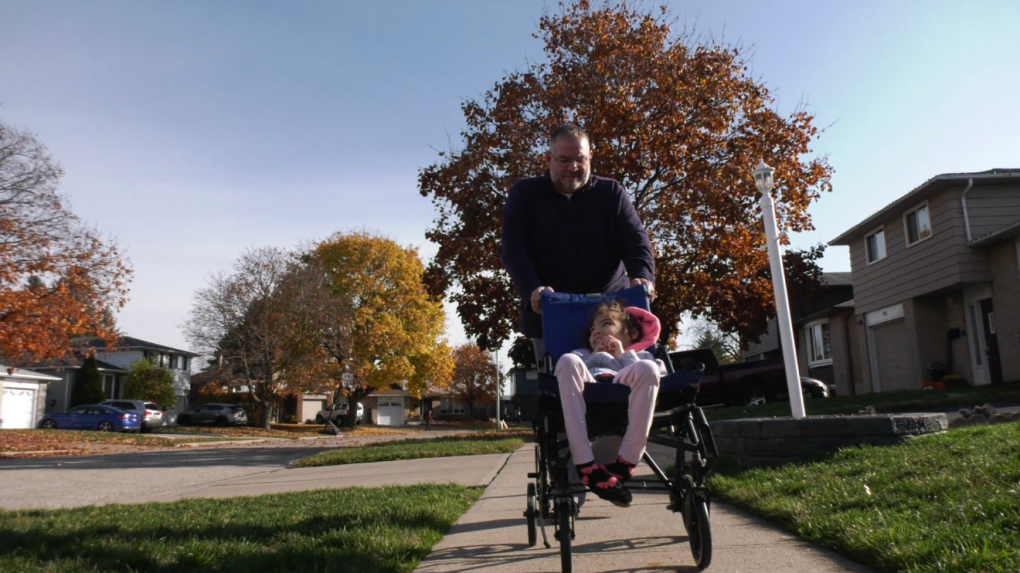 Steve Kovacevic pushes his daughter Adrianna in her wheelchair on a walk through their neighbourhood. (Krista Sharpe/CTV Kitchener)

Kovacevic said he appreciates of the movement behind Friday’s job action, but doesn’t believe closing schools is the answer.

“I won’t disagree with them having to do something,” Kovacevic continued, but added he wonders why rotating strikes weren’t an option.

“Managing one day of not having school is a lot easier than trying to figure out what your going to do next week and the week after,” he said.

'THEY GO ABOVE AND BEYOND'

Kovacevic said the family has had great experiences with educational assistants and early childhood educators and he empathizes with them.

“For us personally, it’s hard for us to watch them go through this,” Kovacevic said, adding that Adrianna’s development has skyrocketed thanks to their work.

“She’s been in school since junior kindergarten and it has made a huge difference, that really is because of the ECEs.” 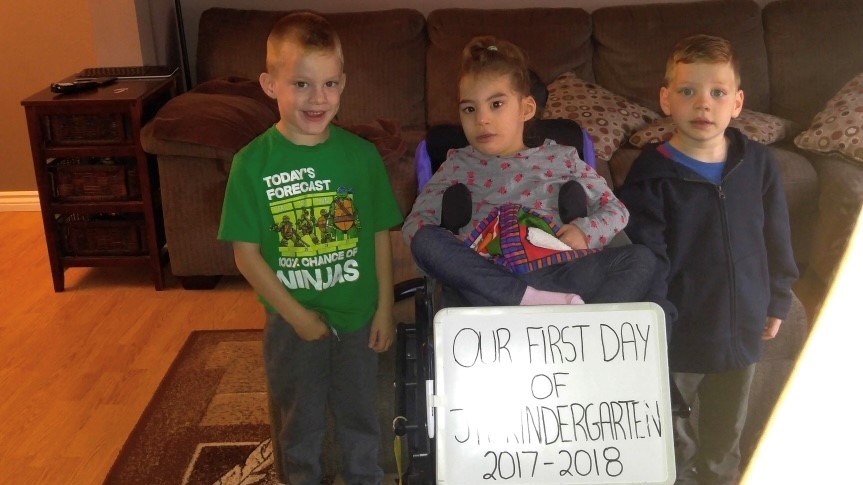 The triplets, Cage, Adrianna and Chase on their first day of kindergarten. (Submitted)

Over the summer, an ECE from Adrianna’s classroom helped with home care too.

“When she was here watching my daughter, she knew my son was a little behind on his reading, she offered to tutor him while she was here – at no extra cost. That’s the kind of stuff I think people don’t understand, they go above and beyond what they normally are expected to do.”

Still, he would have preferred a labour dispute tactic that doesn’t leave kids at home and for an unknown amount of time.

The father of three said he was able to make Friday work in terms of child-care, but when it comes to planning ahead, “it can eventually be a pretty big burden.”

“As far as next week goes, we haven’t gotten any plans but we will have to figure something out,” he said.

He said he feel parents are “the victim in a circumstance that you had no say in, and that’s what really bothers me.”

China: Balloon over U.S. skies is for research, wind pushed it

China said Friday that a balloon spotted over American airspace was used for weather research and was blown off course, despite U.S. suspicion it was spying. The discovery further strained already tense relations between Beijing and Washington.

Ukraine unveiled a criminal case on Friday against the boss of Russia's Wagner mercenary company, and promised to track down and prosecute the company's fighters who try to flee abroad.