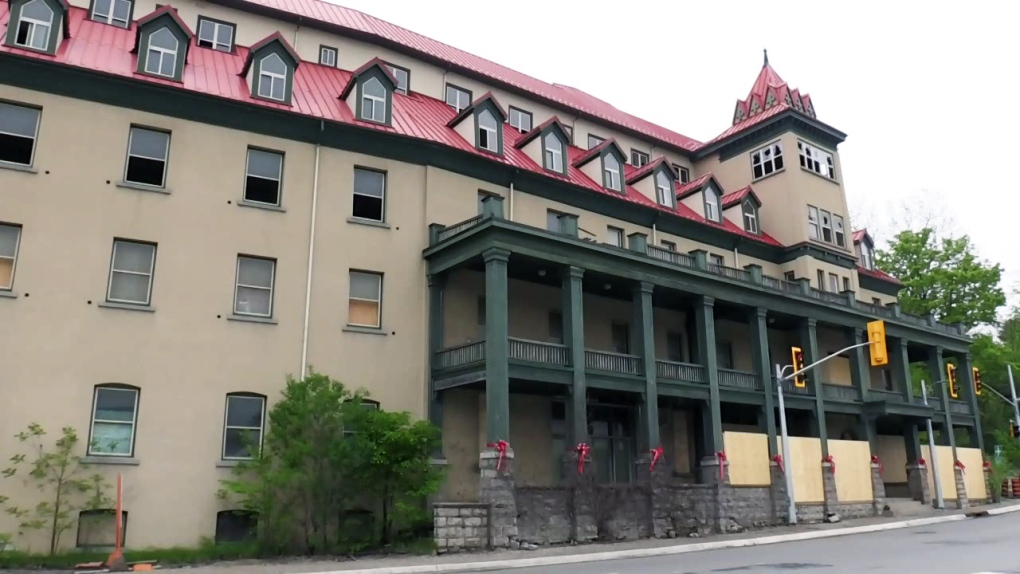 The former Preston Springs Hotel at King and Fountain streets in Cambridge is pictured on Tuesday, May 22, 2018.

CAMBRIDGE -- Cambridge council voted six to one Tuesday night in favour of starting the process that would see the former Preston Springs Hotel stripped of its heritage designation.

The former hotel and spa at 102 Fountain St. S. has been boarded up and vacant for more than 25 years. The building itself is 130 years old.

On Jan. 22, Dennis Purcell, the Chief Building Official, issued an Order to Remedy an Unsafe Building.

"We recognize that this building is a community landmark and this decision has not been made lightly,” he's quoted in a news release.

"However, public safety is our first priority and there is no other option but to issue the Order to demolish."

Two separate independent engineering firms assessed the building and determined that its condition will lead to structural failure.

"The City has endeavored to work with several owners and multiple proposals to restore the troubled building but finding a solution has proved complicated and cost-prohibitive," the news release read in part.

However, heritage advocates say the loss of Preston Springs would mean demolishing history.

"We have to retain our heritage, it gives us a grounding of who we are, it gives Cambridge a sense of place. We know where we are by our landmarks," said Karen Scott Booth, Vice-president of the Cambridge chapter of the Architectural Conservancy Of Ontario.

But all hope to save the building is not lost, there will be a review with more public consultation to follow starting next month.