CAMBRIDGE -- The owners of the Cambridge Mill want to build two tall towers along the Grand River, including one that would be the tallest building in Galt.

Pearle Hospitality, which owners the Cambridge Mill, is hoping to build the towers next to the restaurant along the waterfront.

The proposed 28-storey hotel and 37-storey condo building would be the tallest in Cambridge's historic downtown. 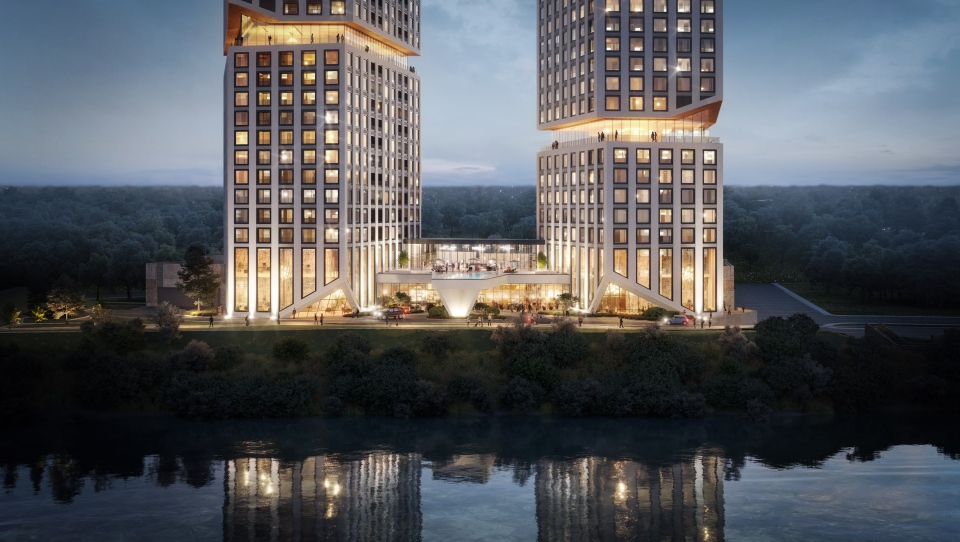 Back in 2015, Pearle Hospitality received approval from Cambridge council for a 12 storey building, but was asked to modify the structure.

"To re-look at how the proposed architecture could change to something that's more modern and not competing with the Cambridge Mill, but had its own style," Ciancone said.

Now, the developers are requesting a zoning amendment from council.

Deputy Mayor Mike Mann said that is "to ensure that any development that occurs at that location is properly zoned."

But the proposal is drawing mixed reactions from local residents.

Some say the development would improve the city and add much-needed hotel spaces. Others feel the buildings would be too tall or take away from Cambridge's quaint image.

Pearle Hospitality said it hopes people will focus on the quality and not the height.

"This is going to be a quality project that is not only representative of what we do in other communities, but I think Cambridge is ready for it," Ciancone said.

"What we want to see is intensification in the core, because that's what is important for the growth of our community," Mann said. "(It's) important to hear the feedback to see if these towers are too tall."

A public meeting will be held on June 29 and a recommendation based on that community feedback will go to council in the fall.