Cambridge light display returns after being shut down 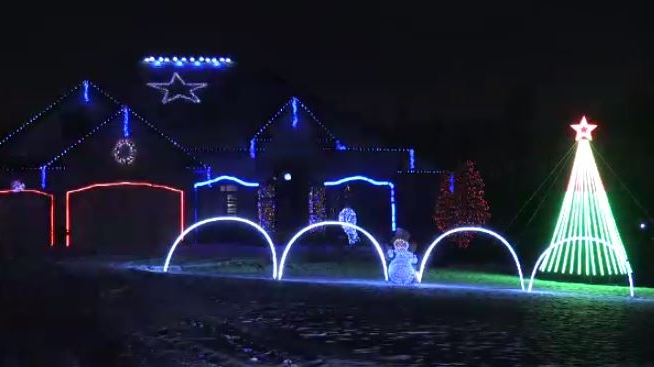 KITCHENER -- One year after being shut down over concerns it could interfere with aircraft communications, a popular Christmas light and sound display in Cambridge is back.

David Baker has been putting on the show featuring thousands of lights synced to music for the past few years.

He used an FM transmitter to allow people in their cars to pull over and tune in to the frequency 95.1.

However, last year he says the Innovation Science and Economic Development branch of the federal government shut down the display, claiming his FM transmitter was interfering with aircraft communications.

"It was because I had an FM transmitter that wasn't certified by the federal government. So of course I'm going to shut down a display if I'm interfering with air traffic,” said David Baker.

When the holidays came around this year Baker wanted to ensure he could get his display back up and running.

"I reached out to the guys that shut me down last year, found out what was allowed by the federal government, and figured out what would work best," said Baker.

His display is now up and running at his family’s home on Beaverdale and Kossuth Roads.

Baker says this year those who come view the lights can scan a code on their phone, to donate to the House of Friendship.