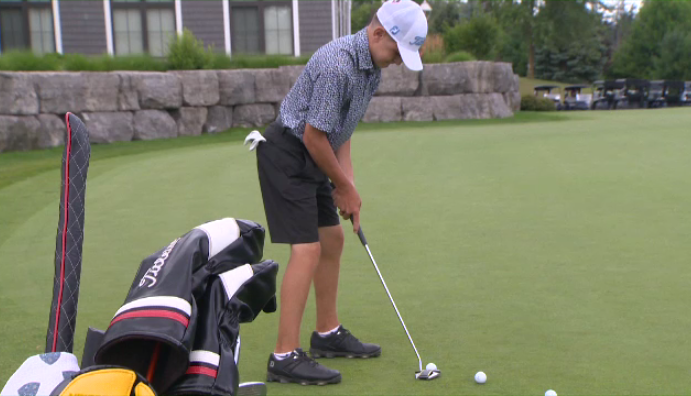 Andreas Diogenous, 15, won the Ontario Juvenile Boys’ Championship after finishing his final round with a 68. (Edwin Huras / CTV Kitchener)

Andreas Diogenous, 15, won the Ontario Juvenile Boys’ Championship after finishing his final round with a 68. He ended the tournament four-under-par. The championship was for golfers 17 years old and under.

Diogenous plays at Whistle Bear Golf Club in North Dumfries and is on a roll. He also won the under-13 and under-15 titles. He now has his eye on the under-19 championship.

While achieving that goal might not be far away, the teen already has a long-term plan.

He wants to get into a top school in the U.S. to play bigger and better events, with the hope that it will better his development and open up even more opportunities for him.

“I want to do something with my life with golf. If it’s the PGA or being a coach, whatever it is, I’ll just try to get as good as I can and see where it takes me,” says Diogenous.

Golf is nothing new for the 15 year old. He says his first visit to the golf course was at the age of 3.