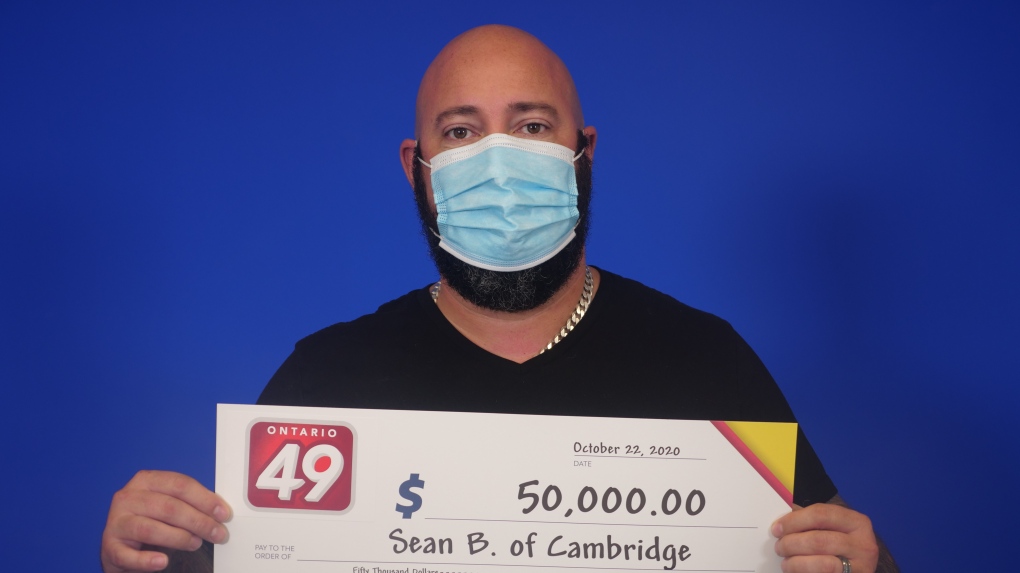 Sean Beaudoin, 44, seen posing with his cheque at the OLG Prize Centre in Toronto. (Source: OLG)

KITCHENER -- A 44-year-old father is the latest person to win a big lottery prize in Cambridge.

Sean Beaudoin won the Ontario 49 second prize of $50,000 in the Oct. 3 draw, matching five numbers and the bonus number to win the prize.

"The cashier suggested Ontario 49, so I gave it a try," he said while collecting his winnings.

He checked his tickets while he was waiting for some takeout to arrive, thinking at first that he had won $50.

"When I realized the actual amount, I went right to the store to have it validated," he said.

He then sent his wife a screenshot of his winning ticket, and told her he'd be late with the food.

Beaudoin said his winnings will go towards home renovations. The winning ticket was bought at Hespeler Gas and Convenience on Queen Street in Cambridge.

Ontario 49 is $1 per play with draws twice a week, on Wednesdays and Saturdays. Tickets are sold until 10:30 p.m.

This is the third big lotto win in Cambridge in the past week. On Thursday, the OLG announced that two other lottery winners had won a combined $250,000 in prizes.