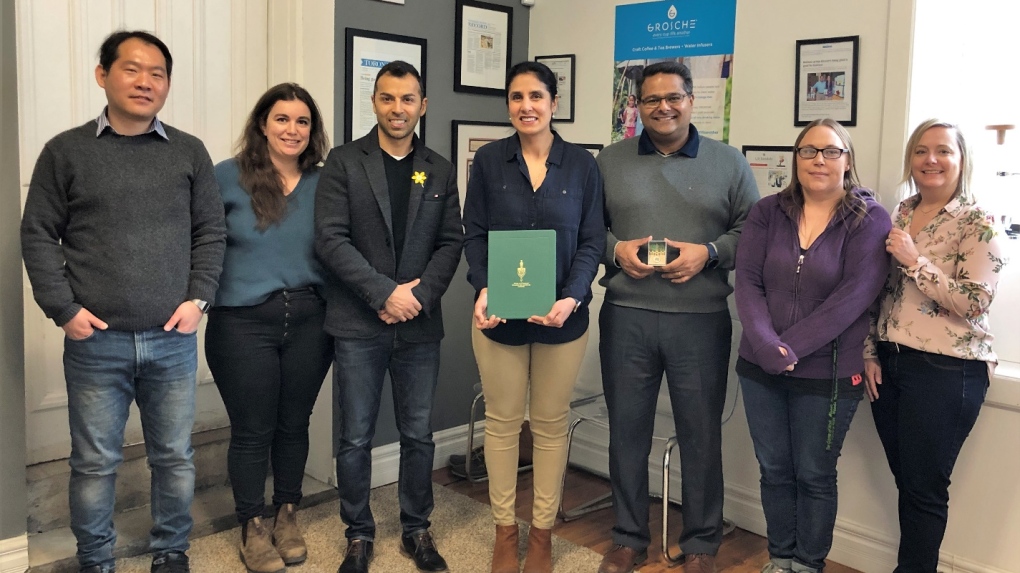 A Cambridge company has been recognized for its diversification and environmental efforts on a prestigious list.

GROSCHE International announced Tuesday that it had received the Canada 150 Award of Excellence from MP Marwan Tabbara.

GROSCHE funds safe water projects through the sales of coffee, tea and their supplies. To date, the company says it has funded more than 100 million days of safe drinking water while giving back through local volunteering and environmental consciousness.

“Their warehouse and office use 100% renewable energy, divert 91% of their waste from landfills, and has been leaving a below zero (net negative) carbon footprint since 2010,” a statement from the company reads in part.

The company is also a certified B Corporation, meeting rigorous standards for social and environmental performance, accountability and transparency that benefit the world, the company’s website explains.

Other notable B Corporations include the likes of Patagonia and Etsy.