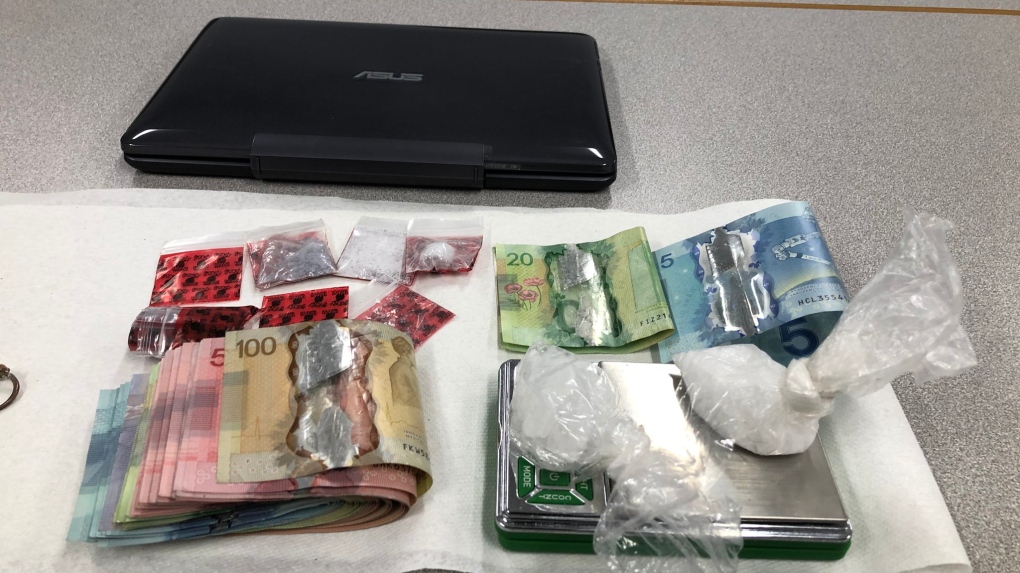 A photo of some of the items seized by the Waterloo Regional Police Service. (Source: WRPS)

KITCHENER -- Waterloo Regional Police say they took thousands of dollars’ worth of suspected methamphetamine and fentanyl off the streets with an arrest on Thursday in Cambridge.

On Thursday, as part of an ongoing drug trafficking investigation, officers with the Community Oriented Response Enforcement team arrested a 45-year-old man from Cambridge, in the Water Street South area.

Officers also seized a large amount of Canadian currency, along with a scale and packaging.

The man is scheduled to appear in court on Friday.