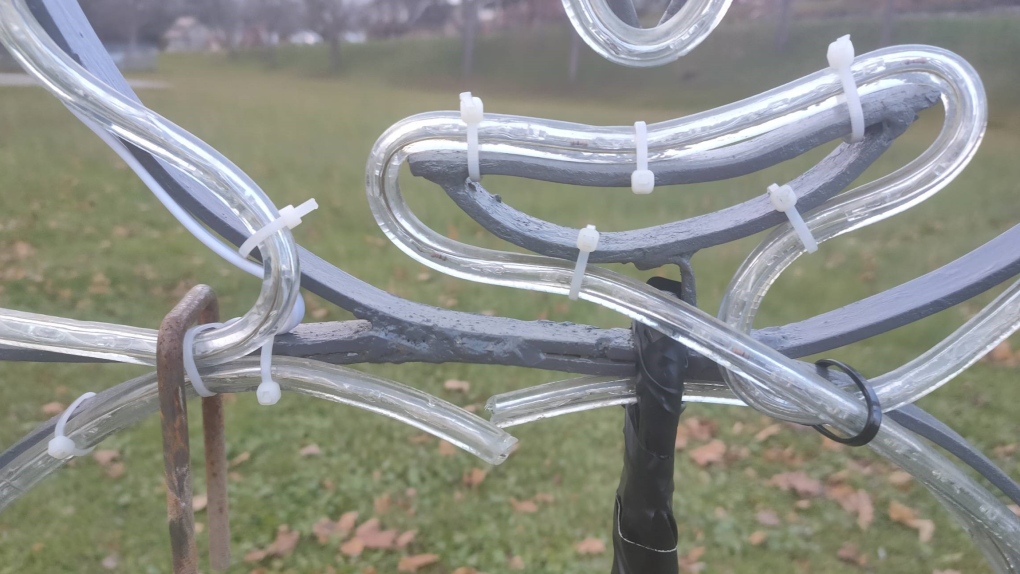 Caledonia has switched on its holiday lights, more than week after a Grinch tried to ruin the community's Christmas spirit.

Wires were cut on multiple light displays in Kinsmen Park which were part of the annual "Lights Along the Grand" event.

The damage was discovered just hours before Santa Claus was set to turn them on for the first time.

“Light strings were cut all over the displays so it wasn’t a matter of being able to just splice here and there," Julie Henning, the president of the Caledonia Community Foundation, told CTV News last week.

Organizers were assessing the displays to see if any could be salvaged.

In an email update on Monday, Henning said all of them, excluding a Merry Christmas sign, were too damaged to use.

However there was some good news.

"We have 10 giant candy canes that the team is looking at placing throughout the town in locations where there is existing surveillance systems," she said.

An illuminated sleigh may also be part of the holiday décor, but Henning said it will not be placed in Kinsmen Park.

A decorated tree has already been placed beside the Merry Christmas sign and lights are up along Argyle Street.

--- With reporting by Krista Sharpe