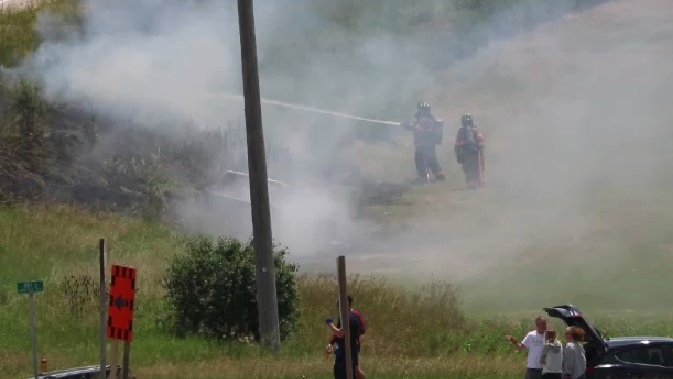 KITCHENER -- A fiery crash in Fergus on Wednesday afternoon prompted bystanders to rush to the rescue of one of the drivers involved.

Centre Wellington fire crews were called to the two-vehicle crash at around 1 p.m., on Highway 6 near 8th Line.

One of the vehicles was engulfed in flames when crews arrived, and firefighters say bystanders pulled the driver to safety from the burning vehicle.

That driver, along with the driver of the other vehicle, were taken to hospital.

The extent of their injuries is unknown at this time.

The investigation into the cause of the collision is ongoing.