Brothers who played for University of Waterloo selected in CFL draft 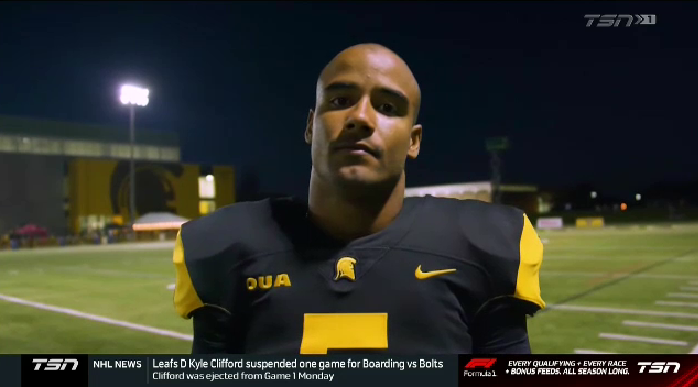 Tre and Tyrell Ford have both been picked up by CFL teams.

The two brothers who played for University of Waterloo had their names called during the Tuesday night draft.

Tre was taken with the eighth overall pick by the Edmonton Elks.

This marks the highest a quarterback has been selected since Sheldon Paris went seventh overall to Calgary in 1980.

Tre is also the first player in University of Waterloo history to hold the Hec Crighton Trophy.

Tyrell was taken a few picks later at 13th overall to the Winnipeg Blue Bombers.