“This is where my life flashed before my eyes,” Patricia Attwell says, gesturing at a charred and boarded-up building.

The Brantford woman was home early Sunday morning when the Buffalo Street duplex where she lived caught fire.

“I was coming down the stairs, and it’s getting thicker, it’s black, and then I see the flames, and I stood there.”

Attwell was able to get out safely, along with everyone else in the building, but the flames caused an estimated $300,000 in damages.

Brantford Deputy Fire Chief Dwayne Armstrong said investigators determined the cause of the fire involved an e-bike charging in the living room.

The inside of the home was completely destroyed, along with all of Attwell’s possessions.

“Everything in my home is gone. I have no clothes. I got out with a T-shirt and a pair of boxer shorts for pyjamas,” she said. 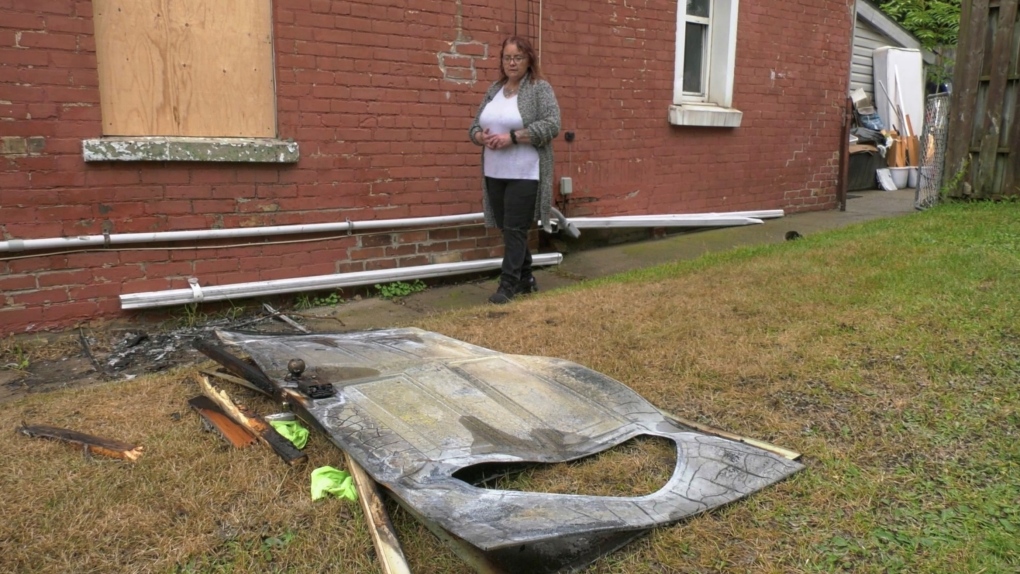 Patricia Attwell looks at what used to be the door to her home. (Spencer Turcotte/CTV Kitchener)

Attwell said she doesn’t know what she would’ve done if it weren’t for her neighbors who helped her out while the house was still burning.

A fundraising campaign has been set up to help her get back on her feet.

While Attwell tries to put her life back together, two very important pieces were missing – until recently.

“I would rather lose my home than my cats,” Attwell said through tears Tuesday morning. “They’re my life.”

She’d been stopping by the property often to look for her pets, Diana and Jax, with help from her daughter-in-law, who she’s staying with for now.

But on Tuesday afternoon, that nightmare took a turn for the better.

After CTV News spoke to Attwell and her daughter-and-law, our reporter found them on the side of the road just a block away. 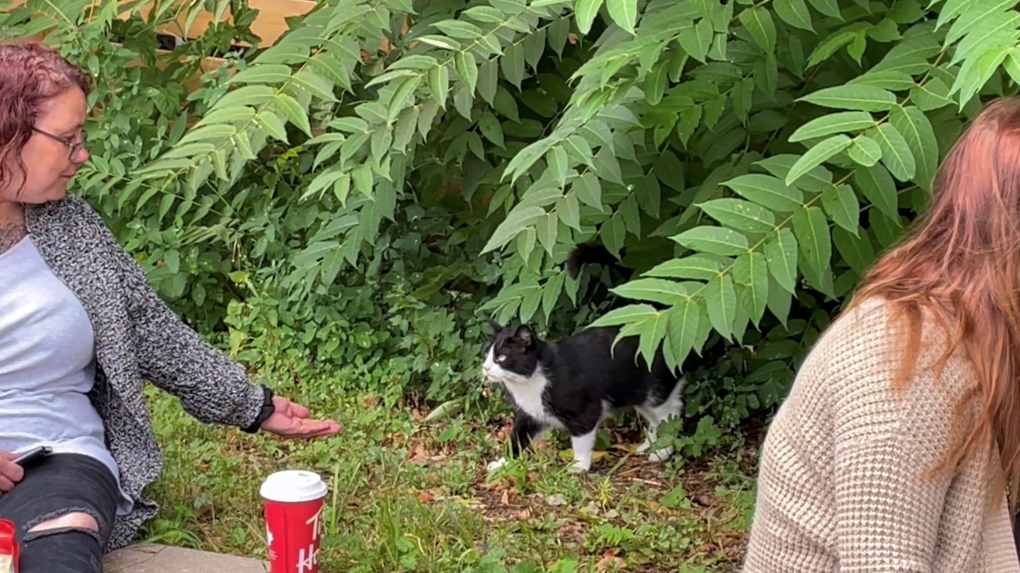 When he pulled over to ask if they were OK, the answer emerged from the bushes.

One of her missing cats had come home. The other cat watched the reunion unfold while sprawled along the driveway.

It’s a much needed glimmer of hope, with a piece of home now back in her arms.

Health care has surpassed inflation and jobs as the top national issue of concern, according to Nanos Research’s weekly tracking, as Canadians read reports of hospital emergency rooms under strain and a 'tripledemic' of flu, RSV and COVID-19 cases spiking across the country.

A slew of luxury detergent brand The Laundress products have been recalled in Canada due to the risk of bacteria exposure with as many as 11 people reporting infections, according to Health Canada.

A fiery train derailment closed a highway in southeast Saskatchewan on Thursday morning.

List of areas the Alberta government accuses Ottawa of overreaching

When the Alberta legislature resumed sitting Tuesday, the first bill introduced by the United Conservative Party government was one aimed at shielding the province from federal laws it deems harmful to its interests.

Prince William's office said 'racism has no place in our society' as he sought to prevent the backlash over his godmother's treatment of a Black advocate for survivors of domestic abuse from overshadowing his trip to the United States.

Baseball Hall of Famer and two-time Cy Young Award winner Gaylord Perry, a master of the spitball who wrote a book about using the pitch, died Thursday. He was 84.

As of today Canadians can apply for new dental benefit: here's how

As it happened: Morocco win 2-1, Canada finishes World Cup without a point

The Canadian men’s national team finishes its World Cup campaign without a point after a 2-1 defeat to Morocco. Canada had its chances but came up short. Re-live all that happened with CTVNews.ca's updates as the match unfolded.

The RCMP said investigators are searching a home in Vaudreuil-Dorion, a suburb west of Montreal, as part of a 'national security' operation. The national police force began its operation Wednesday night. Police at the scene would not say what led them to the house on Aquin Avenue, in Quebec's Monteregie region.