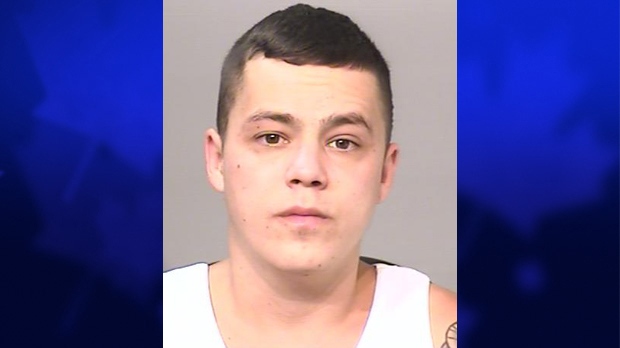 Jayme Hill, 25, is wanted by Brantford Police for assault causing bodily harm and other offences.

Hill allegedly hit a 45-year-old man in the face last week at a bar on Stanley Street, causing serious injuries.

According to police, Hill and another man were socializing in the bar before Hill hit the 45-year-old – who was allegedly knocked unconscious later by the other man outside the bar.

He faces one charge of account causing bodily harm.

Police have not been able to locate Hill, who normally resides on Stanley Street.

He is wanting on an outstanding warrant for assault causing bodily harm and two counts of breaching a recognizance.

Anyone who knows his whereabouts is asked to contact police immediately.